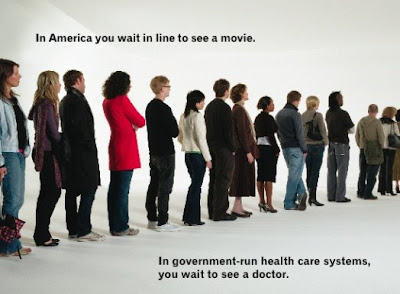 As I dashed off to mail my tax return, I just heard a great analysis on the radio:

If some restaurant decided to give away free hot dogs, there'd be a long line around the corner to get them. Then invariably, some politician will point and clamor, "Look how many people NEED hot dogs!"

That little hypothetical illuminates at least a couple of the major ailments of our healthcare system.

I am pretty sure the raspy voice who uttered it was Jason Lewis. I first heard him when I moved to Charlotte where he was THE local radio talking-head. I guess if he's now subbing for Rush Limbaugh then he's sort of a rising star in his realm. He's pretty decent on economics and historical analogy - but man, he is one angry dude.

Although I guess that there are as many serene radio talkshow hosts are there are serene basketball coaches.

Alright, I just had to work that profane clip in because I found it funny. Serious, more cogent blogging will return now that my taxes are done and I have vowed not to start another book for the time being.
Posted by CaptiousNut at 3:42 PM

I tried to play the video, but it said it was no longer available.

It's still working for me.

It works now for me too.