Be Wary Of Servants Of Society, The Planet, The System, And The Greater Good 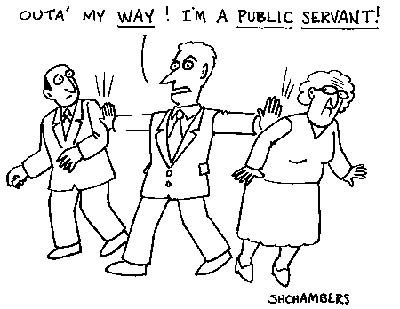 What to think when even the icons of free market capitalism are appealing for the Big Government bailouts?

Steve Forbes recently phoned in an interview to CNBC in which he advised the Feds to "suspend mark-to-market accounting" for toxic, bidless, mortgage related securities.

He's far from the only such obvious hypocrite on this issue, but a hypocrite nonetheless. Why would the yield-hungry, strong hands buy mortgage debt if the Feds artificially inflate its value? You can't very well on one hand decry a lack of liquidity and then take steps to aggravate the dearth.

These exceptional arguments, are unfailingly based upon "avoiding systematic risk", "maintaining confidence and integrity in the marketplace", and serving "the greater good". If you listen to Federal officials justify their bailout of Bear Stearns against the accusations that they are saving "Wall Street instead of Main Street", they invariably assert that the latter's welfare redounds from the former's. In other words, while they may admit to holding their noses and bailing out the fats cats,...it's for the good of society. So we should all just trust them, our politicians and bureaucrats. 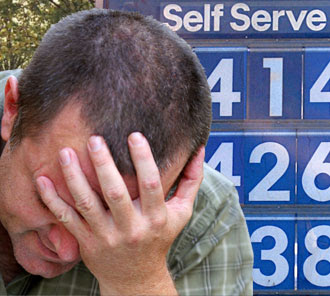 Meanwhile, it's yet to be demonstrated how $4-$5 gasoline from Fed-induced inflation contributes to the greater good.

Greater good arguments are the foundation of all political rhetoric. No pol will ever stand up and put forth proposals for "minority interests", "a generous lobbyist", "in the furtherance of my incumbency status", or for "my family, friends, Law school classmates, and cronies".

The whole gamut of environmental regulations strangulations is marketed as "saving the planet".

The War on Terrorism is against an "existential" threat to our nation.

Taxes, although mostly for income redistribution, are pumped as for societal infrastructure. And don't you dare ever bring up questions of "efficiency"!

I even read justifications for regulating homeschooling in California along the lines that "...if we (the state) don't oversee these homeschoolers now, SOCIETY will be paying for it later on..." Meanwhile there's probably not a single homeschooled kid wandering the streets homeless or in the prison system. Sure, those religious spelling bee champs are a real burden on "society".

Neither I, nor anyone else, have any idea how bankrupt Bear Stearns was or what it's "spiralling" effect would have meant for the Main Street economy. The point I want to make is that everyone should be extremely cynical about "greater good" argumentation.

If Steve Forbes thinks mortgage securities should now be exempt from current accounting procedures because they are opaque and illiquid, then why didn't he object in recent years to banks marking them at unsustainably high levels? If he was against mark-to-market from the get-go then he'd be on firmer ground.

Let the record show that the Feds did a similar thing back in the 1980s with the S&Ls. With a wink and a nod they allowed the banks to delay recognizing losses for years. Steve Forbes and other interventionists would point to this as evidence that the Fed's stabilization worked but did it?

It ended up costing taxpayers $125 billion!

Now, if the Fed had allowed events to run their course, perhaps watching several banks fail and a panic ensue, what would have happened?

These days I am a big believer in failure as the needed fertilizer for future success.

I say, let there be chaos, volatility, and fortunes won and lost. Society is disserved by sheltering consumers and corporations from the consequences of bad decisions.

I have never been able to shake this "for the best" image from my head.

There most certainly is an ideal of greater good.

It just seems these days, its protectors are as artless as Kathy Bates.
Posted by CaptiousNut at 6:43 AM

The health of our planet is in human hands.

My hands are human.

I think that's a fairly unfounded and unproven statement.

I've nothing against homeschooling, but you're implying that a lack of homeschooling means you are more likely to end up homeless or in prison, which is rubbish (unless you have some stats to back it up).