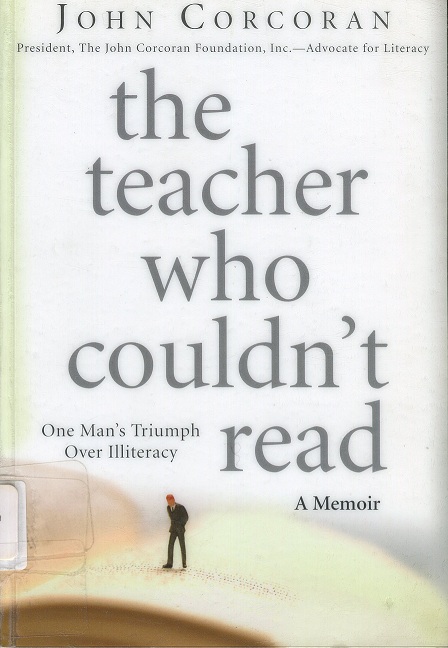 I'm, luckily, not very experienced in *special ed* and wouldn't have thought a book on anomalous illiteracy would grab me as it did.

But John Corcoran's autobiographic account of how he went through life: school, college, a career in teaching(!), how he was a husband, father, and very successful real estate developer all without being able to read a single word until he was 48 was not only fascinating, but extraordinarily educational.

The real power of this book is that it's a window into the world of illiterates. Think about it. If somebody can actually read this post or Corcoran's book they will, by definition, probably have great difficulty seeing the world through illiterate eyes. Right off the bat the book opens with Corcoran trying to ad-lib his way through reading Rapunzel, a story he wasn't familiar with, to his 6 year old daughter. In the background, tears streamed down his wife's face as she overheard him stammer his way past his daughter's corrections.

I mean who can believe a guy could actually teach high school without the ability to read?

Well, he had his pet students read to him written communications from the principal aloud. He'd fake injuries (e.g. a sprained wrist, replete with bandages) to get others to take dictation and fill out his job applications. His wife and girlfriends did a lot of his required reading and homework. He'd bluff his way through a menu by ordering whatever his date said she wanted. As a student, when the teacher asked him to read aloud in class, he'd sit there silent and sometimes even get fresh or goofy to mask the fact that he COULDN'T READ A SINGLE WORD. Corcoran even took to breaking into his professors' offices and stealing tests. In fact, he cultivated many *bad* traits - beyond the LYING - throughout his life to compensate for his illiteracy. And that's, IMO, one of the subtle yet trenchant points of this book - that frustrated, misfit students can easily morph into bullies, criminals, teenage parents, liars, politicians(!), wastoids, Heathers

, or some other anti-social life form all on account of the pressures and failures of age-graded, government education.

Heck I was bored OUT OF MY MIND in school....and behold the psychopath that I evolved into!

Well he actually had an auditory dsyfunction - one that prevented him from hearing and distinguishing between the different phonetic sounds in a word.

Part of the cure was a *multi-sensory* approach to reading. Don't ask me what that entailed. All I gathered was that he had to focus on learning sounds by watching his lips/mouth move in the mirror or something.

But the thrust of the book

transcended this one man's peculiar battle with illiteracy - even if his story all by itself was compelling read.  Now when I scan the subway car or supermarket I realize that many of the people standing next to me can't read a lick and I can better appreciate how much of a burden that is to bear.  And this is precisely one of the main reasons why we should read....to gain a better understanding of realities staring us in the face, is it not?

I give this one almost my highest recommendation for those of you out there interested in matters of education.  It's an older book so your local government library should have it. 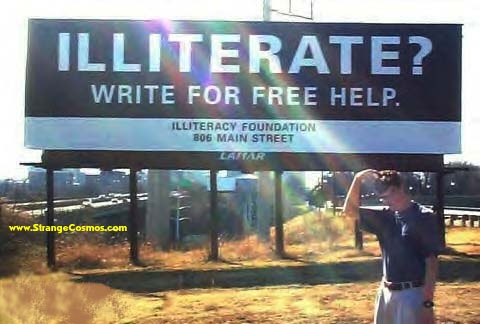 Sorry, I couldn't resist!
Posted by CaptiousNut at 11:06 PM