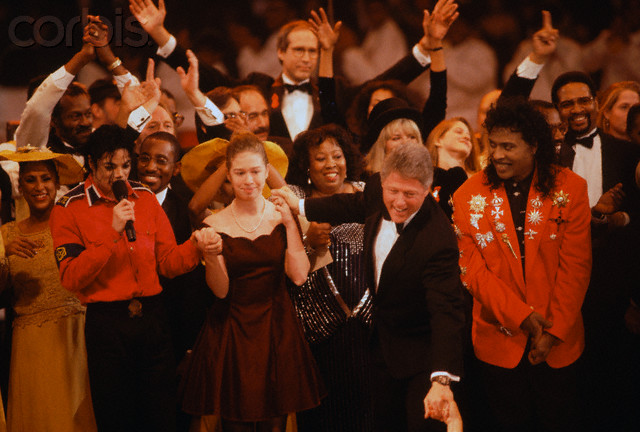 "African Americans watch the same news at night that ordinary Americans do."

Apparently he said that on BET color TV back in the 90s.

It is amazing, the passes people favored by Big Media get compared to the hell it gives it's bogeymen.

Without a doubt Bill Clinton could freely criticize the *headiness* of Philadelphia Eagle quarterbacks - unlike, for example, that Limbaugh guy.

Did y'all see that game last night - Michael Vick running around with only a fingertip grip on the ball?

Those poor Eagle fans; they'll be forever teased and invariably let-down in the playoffs by flashy yet *ordinary* quarterbacks.
Posted by CaptiousNut at 8:47 PM

what the heck is Chevy Chase doing in that picture? He looks like he's about 8 feet tall! I never knew Clinton said that. But, it figures he got a pass on it. The media is definitely more forgiving to certain people they like. Oh, and I didn't see the game, but they should NOT have lost to the Vikings. I guess reality might be catching up to them. :-)