Should A Reader Buy A Reader? 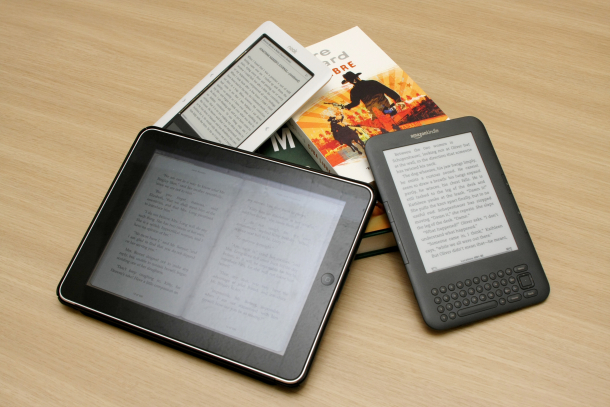 As Mr. Costanza once said admirably about the man in the cape (Larry David), I too most certainly do not *follow the trends*.

I've heard the noise about these so-called readers - iPad

, and even the Samsung

one - but can honestly say that I knew very little about them until recently.

First of all, I do read a whole lot of books so one might think that I'd be a prime candidate to buy one of these reader thingys.

BUT, I don't travel much at all, keeping me always near my books. And it also means I don't have childless airport time to kill.

I don't read potboilers and popular fiction, generally opting for the classics and time-tested non-fiction.

I live near very well-funded library networks - and take complete advantage! The one in Port Washington, NY (a town of 18k people including Sands Point) has something insane like a $6 million annual operating budget.

So I sort of scoffed at the idea of buying a reader when they first came out - especially also because a lot of their appeal seemed like, at the time, the ability to buy and read freakin' newspapers on them. Recall I LOATHE newspapers; heck I wouldn't even permit my father to bring his into my house!

But the readers have become a whole lot cheaper. With the Kindle at $130 or so it almost feels free - but free only so long as you don't have to pay for content.

What I realized is that most all of the old classics are now beyond copyright (70 years past the death of the author?) and readily accessible for all these readers. THAT'S what I like to read!

AND, these days there are a rapidly multiplying supply of free ebooks out there from not just pro-blogger types but from aspiring upstarts in every field.

So even the most prolific reader could manage to *not pay* for any content for quite some time.

At the mall a couple of weeks ago I spent a solid 20 minutes talking with the Nook salesgirl - who coincidentally was also sleek-looking(!) and hip - about all the pluses and minuses of the various readers.

I got real close to buying either the Nook or the Kindle before discovering that they don't work at night. They've engineered them to work amidst bright daylight rather then when my first wife would be fast asleep next to me. I don't care what anyone says....those little clip-on reading lamps are a pain in the butt. It may be time for twin beds or separate bedrooms anyway.

It's too bad the Sony Reader sucks because I could get it for free. We have a Sony Points credit card with 150,000 points on it - good for $1,500 off any Sony products. In fact the entire company sucks now; we've had trouble spending those points forever. There almost worthless to us.

Anyways, I am looking more closely at these readers these days. I might have to buy one if only for research purposes as to what's actually being sold on them.

I do find the whole reader-mania a little curious though.

I mean, nobody really even reads yet they are all going to run out and buy these tablet PCs - for what exactly? To be groovy/trendy?

Most everyone I've seen with an iPad has been mindlessly watching Netflix motion pictures on it!

Yeah, and how long before the iPad is priced near $200??? Shouldn't be too far into 2011 I would think, not with all the competition out there.

In case any of y'all are interested in the differences between these gadgets....check out - Kindle vs. Nook vs. Ipad - Which E-Reader Should You Buy? 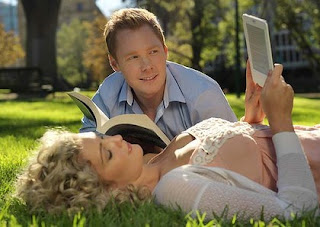 I have a couple of links up on my Teh Google post today and the one from last Thursday of places to get those e-books. There are quite a few sites to get the classics other than Project Gutenberg, too. Google just opened their e-book store last week, too.

For someone spending a lot of time outside English-speaking countries, e-book readers look a lot better than paying overweight luggage charges to bring books from the U.S., paying high European prices, or reading off one's laptop (I use Kindle for PC, but the light on my laptop kills my eyes.)

Thanks Paul for the tip on Google's book store...