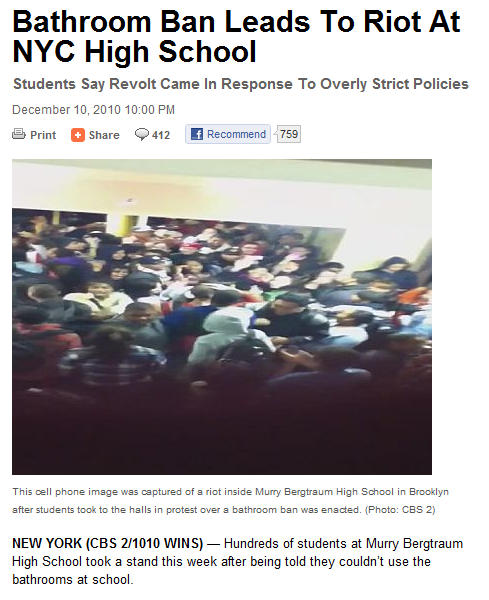 Hmmm....let's ponder for a moment the stark similarities between government schools and government penitentiaries:

The hole in one, detention/suspension in the other.

Both have *socialization* justifications!

GEDs given in both.

Butt rapes in one...mind rapes in the other.

Both staffed by public sector unions - thugs who collude against *taxpayers*.

Both are arms of Big Government.

Read some of the comments on the news story. Let's just say that many of them ARE NOT very politically correct.

Someone I know, pretty well, recently told me in a debate over *education* that the schools here in NYC are not about traditional scholarship or any such thing.  They exist merely, and justifiably, to keep *those people off the streets*.

Was it an unenlightened bigoted redneck?

Not by any stretch.  It was a card-carrying, Northeastern, blueneck socialist!

I may as well have been conversing with eugenicist Margaret Sanger... 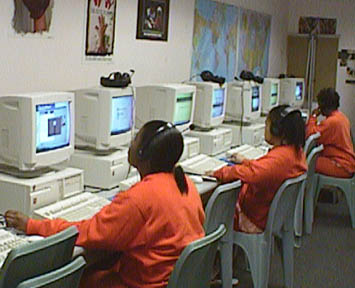 Posted by CaptiousNut at 4:33 AM