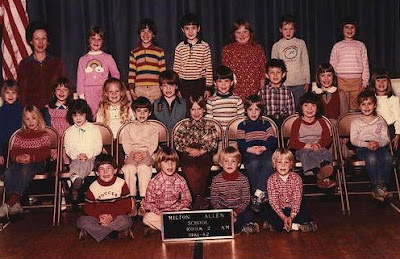 Have y'all read that book I highly recommended?

I'm meeting more and more people that have - and we can only assume they did so after reading about it on my blog!

In fact, some local guy the other day told me his kid turns 5 in early September. Now, in our government school district, students have to be 5 BEFORE Sept 1st to go to kindergarten.

CaptiousNut - Ah, so he just misses the cutoff....you know you can petition the school to make an exception, right?

Dude - Yeah, but my wife isn't so sure she wants to.

Dude - She read it! That's the problem!

Without getting too far into the book's conclusions, I will say that Gladwell's research found that in some endeavors, the highest achievers were people born early in the year (Jan-March). The thinking went like this: those kids who were simply more physically mature were mistaken for *higher talent*....and they were given another leg up via increased training, tutelage, and attention. He uses Canadian hockey as the prime example. But again, read the book because I can't do it justice in a paragraph.

But as for the woman who would rather her son be held back; be a big fish in a small pond; contrast that with how I am raising my kids.

They'll be productive, independent adults in their early teens - and hopefully out of my house! Seriously, every week I am scheming of more responsibilities to lay upon them.

Meanwhile, everybody else is trying to delay education, delay maturity, and defer independence as long as possible.

And yet they all consider themselves *concerned parents*.

See also - Looking Ahead - for another blurb on Gladwell's book.
Posted by CaptiousNut at 10:23 PM