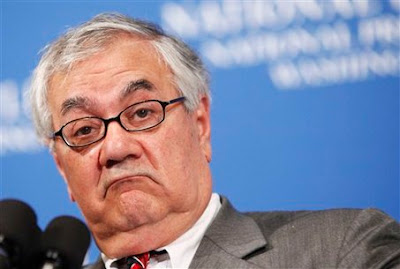 So he initially supported a Republican measure in 2005 that would have imposed stricter standards on the lenders. But he voted against it in the full chamber because it did not include funding for affordable housing, he said. The bill passed the House.

When the legislation went to the Senate, Republican support was splintered, and the White House withdrew its backing, saying the bill was not strong enough.

Top Bush strategist Karl Rove still blames Frank for its failure, saying Frank and other Democrats portrayed a vote to regulate Fannie and Freddie as "anti-black, anti-brown, anti-poor, anti-homeowner" because of the enterprises’ affordable housing mission.

"They were brutal," Rove said in a recent interview. "And so Republicans shied away from confronting it."

Frank dismissed those assertions, saying the splintering of GOP support was not his fault.

"They couldn’t get their act together," he said. 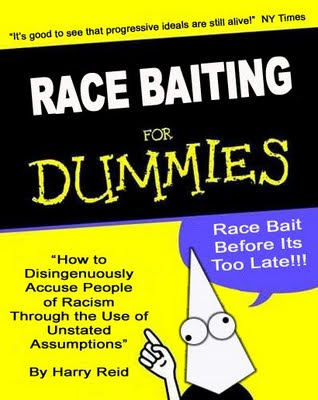 Did y'all catch that one - that spinner?

Barney may have been wrong (actually dead wrong) but blame really lies with his opponents who *couldn't get their act together*!!!

You know once my wife went to play tennis with an old high school friend in Brooklyn, a dude. When she came back I asked her, half-jokingly, if she had won:

Barney now says that he was against homeownership for low income people!!! Click the link.

And the quoted passage above is from a puff piece on Barney in the Boston Globe - although, actually a whole bunch of Morons (400+ comments), so used to even more egregious partisanship, think it *criticism*.

Barney Frank-ly Is A Dissembling Socialist
Posted by CaptiousNut at 8:36 PM