Living With The MIL Chronicles 3 - Over Already? 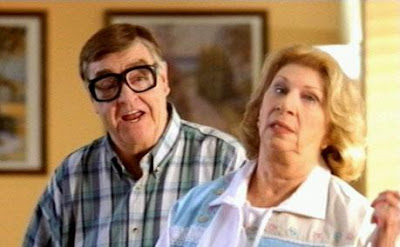 Four or five years ago, my widowed MIL put down a fully-refundable deposit on a unit in some new fancy schmancy retirement community here on Long Island.

Construction kept getting delayed, and delayed, and delayed. I worried that it would be yet another casualty of this foundering economy. However, NYC is still doing well on account of its leverage to the printing press/bond bubble. So this *community* is now just about complete.

Now last May when we moved in with her, my MIL was telling everyone that she wasn't going to go to this 'old coot' home - not now that her *daughter moved back in with her*. After all, this house is pretty big and who really wants to spend 4k a month on cafeteria food and doormen?

But recently, for whatever reason, the tune has changed.

Supposedly, the latest word is that she's going to move into Long Island's Del Boca Vista - with a mid-December target date.

Now this woman changes her mind constantly, so I'll believe it only when she's out the door. And even then, there's a one year money-back trial period.

What does this mean for the Nut family?

Well, if she goes, we'll lose the built-in babysitter and shared living expenses.

But we'll gain a TON of space. We'll gain her master bedroom, the den, and substantial closet space; and she'll move a lot of her furniture out so we'll recoup the attic and garage which are currently filled with our unpacked furnishings and whatnot.

Personally I think her going there is a big mistake, a ridiculous waste of money.

But it's not my decision and it's most certainly not my money. One just never knows what's going on in the mind of others - particularly crazy old Italian grandmothers!

More on this as it unfolds.

Living With The MIL Chronicles 2 - Off The Hook Phone Ringing

Living With The MIL Chronicles - 1
Posted by CaptiousNut at 10:58 PM

Email ThisBlogThis!Share to TwitterShare to FacebookShare to Pinterest
Labels: family

man, you've got some balls-isnt that her house you're living in-is she changing her mind because living with you is the alternative-sort of like: divorce is so expensive because its worth it--you mil is talking about moving to a retirement community to live alone and youre thinking about the closet space youre gaining--who's the moron?