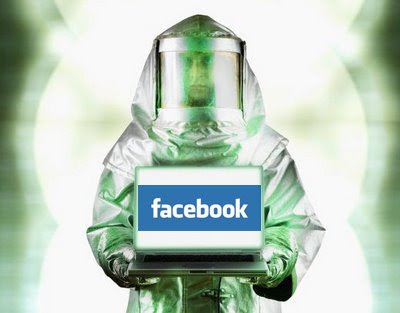 A couple months ago I broke down and joined MyFace.com or whatever it's called.

I figured the only way to stop the meteoric rise of Facebook (it recently passed Google in the hit race) was for me to jump aboard!

So far I've reconnected with a long-lost high school friend, one of my old college roommates, and just the other day a childhood friend of mine who I haven't seen in about 20 years reached out to me. (Of course I also searched for a few chicks from my college daze...)

All that is very cool and very nice.

But I have next to no interest in checking it everyday to see the *status updates* and *likes* from my friends.

I don't know. Perhaps I would have an interest if I wasn't so swamped otherwise. As it stands, I look at it maybe once a week. And I try to scroll through my *news feed* but it won't let me go back more than a page or so - for whatever reason.

Anyways, I received a notice yesterday that someone had accessed my HeadBook account from an *unfamiliar location* - Washington DC - and that I should change my password.

Obviously, someone from the Administration had hacked into my account!
Posted by CaptiousNut at 9:59 PM

Your joining of FB is the ultimate contrarian indicator. Young people don't want to do things that old people do. FB is now doomed.

give belichik credit - and you know what i'm talking about.

No idea what you are talking about.

Running Moss out of town?

Speak - you're anonymous after all!