Lessons From The Dead 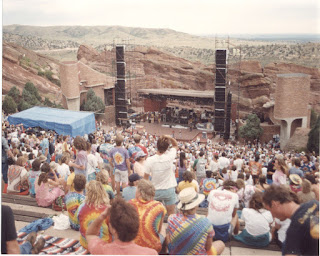 I've never smoked pot....so I never did see the appeal of the Grateful Dead. In fact, I thought they were terrible and their fans doped-up Morons!

But they did one thing differently than their contemporaries - they focused on shows and allowed bootlegging - while other groups milked the thuggish copyright laws.  Obviously, they were still ridiculously successful. Their tack was somewhat ahead of its time.  Because in today's digital age, that strategy is being deployed profitably all over the place.

Skim - The Grateful Dead 4-Step Guide to the Magical Influence of Content Marketing.
Posted by CaptiousNut at 9:14 PM

Email ThisBlogThis!Share to TwitterShare to FacebookShare to Pinterest
Labels: music

I don't know much of GD's music but I do know Touch of Grey and I love that song. Always a fun listen, check it out!

That's the only one I know!