Dawn Of A New Day 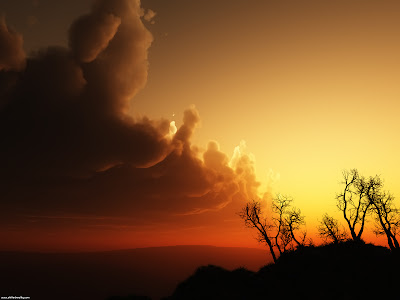 Being not much of a sleeper AND an early morning golfer....I've seen my share of peaceful sunrises. It's the most serene time of day with all the lazy Morons indoors, for sure - I don't know why everyone doesn't set their alarm clock each morning so as to not miss it!

Anyways, I was up at 4:20am this morning and, for lack of anything to do, I started frying up a pound of bacon. At 5:25am I woke my wife and at 6:12am I drove her to the local Long Island Rail-Road train station for her first commute into Manhattan from our *new* abode.

We still have to change drivers' licenses and plates in order to get a station parking permit. As y'all might guess, dealing with two states' DMVs won't be a whole lot of fun. Already I've learned that I can't simply convert my Massachusetts license into a New York one. Why is that? Well, because Mass licenses don't have a *date of issue* printed on them. New York has some law that one can only convert an out-of-state license if the out-of-state license was issued at least six months ago. It's a stupid stipulation in the sense that the *date of issue* can be easily extrapolated from the expiration date which is clearly denoted on the license.

So it looks like I need to spend $20 ($40 for me and Mrs. C-Nut) to get some official document from the Mass DMV which will testify to the date my license was issued. I understand and respect the fact that States can, should, and do make their own laws....but still, this smells like a scam. It smells like a way for Massachusetts to hit people who leave town with a $20 tax.

Until I get our licenses changed over I'll be unable to not only buy a train parking pass for my wife, but I can't get a town pool pass, and I can't get the resident discounts at either my local course or the state golf courses like Bethpage and Montauk Downs. This type of bureaucratic BS can really drive you crazy if you think about it. So much for my sunrise serenity!
Posted by CaptiousNut at 7:37 AM

Your east coast states are quite fascist! Not because they extract the extra money, but because of the constant coercion to get their IDs.

when it's time to return your plates..tell the DMV they were lost/stolen..save the trip to return them.just fill out some paperwork..keep the receopt because the town might come after you in a few years for unpaid prperty tax