Trying To Be Me? 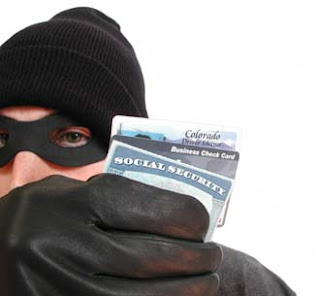 I have a Google email alert on my unique last name (which, incidentally, isn't Nut)...

And I received such an alert the other day saying to *Check out (my name)'s phone number in Florida*. The search engine had come across my name on whitepages.com.

So I finally get around to investigating it and discover that it has me living at a certain address in Orlando. Furthermore, it lists the other names of the household. One of them I recognize as the older sister of my old, OLD college roommate.

For a second I figured maybe his sister's husband somehow got a hold of my name, credit card info, or Social Security number or something.

But then just now I realized that her last name is unchanged AND the same as the other two occupants. So they must be her and my old roommate's parents.

Seeing this queer coincidence and knowing a little about the *career* background of my old friend's *immigrant* parents I strongly suspect that foul play is afoot.

My first instinct is to track down my old buddy and inform him. But I'm going to put that unpleasant discussion on hold for a minute.

I guess I have to do something to make sure my credit hasn't substantially been compromised. There has to be some entity out there that offers such a service.

Background - My former roommate was a bit of a shoplifter. And apparently kleptomania was part of his family heritage.  Back in college, some 15-16 years ago, he told me that when he got G.I. Joe figurines for Christmas....they'd always come *without the weapons* and *without the packaging*. As he got older and more perceptive he noticed his mother stuffing store items down her shirt.  The weaponry must have gotten lost in her cleavage!

As for his father....well, have y'all seen the motion picture Scarface?
Posted by CaptiousNut at 9:07 PM

Shoot. That site lists everywhere I've lived and even the names of my immediate family!

I did go to Experian's website ("experian.com/fraud") and put a 90-alert on my identity.

The free credit report they provided was clean so that was reassuring.

But still I have the thorny issue of either calling my buddy or calling his extended family and accusing them of possible *foul play* to deal with.

I haven't seen or talked to him in years. He lives in Miami and I was hoping to reconnect with him soon because I plan on wintering there now.

So the conversation will go like this, "How have you been doing? I'm coming down in the winter....and by the way, your parents are trying to steal money with my identity!"

Yeah, the 123people thing kinda made me nervous when I first saw it. I just stopped caring though. Now all is good.

C-Nut, you do not seem to be the kind of person that would be afraid to say what is on your mind. I think calling your buddy's parents out for being ID stealers would not make you flinch at all. Get video.

You want me to go get in *Scarface's* face and call him and/or su esposa a ladrón?

He'll open up a can of ethnic machismo on my a$$!