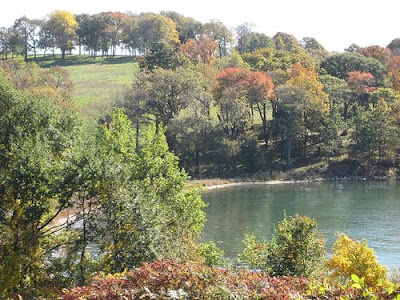 I wanted to dedicate a post to Boston's South Shore - specifically the region of it I just left, where I spent 2.75 of the happiest years of my life, and yet had the stones to walk away from.

Despite being a native Ma$$hole, I'd NEVER EVEN HEARD of the so-called South Shore - no less been there until about 3.5 years ago. We bid on a house in Hingham three years ago essentially blind. Sure we made a couple of reconnaissance day-trips, hung out at the parks, and even attended a family Mass one Sunday to try to get a feel for the town. And we asked as many people as we possibly could about the area. While everyone said it was nice, we still lacked the perspective of well-traveled people WHO ACTUALLY LIVED THERE. There had to be something wrong with it, right? I've long been aware that in life we are routinely forced to make decisions based on incomplete information sets, and we are often forced to take uncomfortable risks...

But still, I was scared to death to bid on those two homes, not just at near 2007 market prices, but I was scared to death to commit to a town that I scarcely knew. My fears were certainly justified AND they proved prescient. Just look how many people today are *slightly* upside-down on their mortgages and are essentially trapped in their homes - even forced to strategically default on their debts. And what if I bought in the wrong part of town? What if my wife lost her job or got transferred (which did just happen)?

Anyways, this isn't a housing bubble post. I just wanted to provide the context for my stay. Where exactly did I live? Well, I lived, as I always seem to, on the precise border of two towns. Combined tiny Hingham and tinier Cohasset only have 30,000 inhabitants. And that was another aspect that scared my wife and me. We'd only really ever lived in cities and densely-populated metropolitan areas before landing on the South Shore. Would there be enough restaurants (no!)? Enough people (yes!)?

Without cataloguing my entire time there I just want to say how WICKED AWESOME this Hingham/Cohasset area turned out to be.

Almost everyone we met there was what I'd call *normal*. I can count on one hand the number of people I met over this period who'd be oozing *politics* and who easily *took offense*. Everyone else was focused on family and their professional life - ballet, youth soccer, booze, and boating. Go ahead, just try to find another place in Moronic Massachusetts where knuckleheads aren't all agitated by the agitprop they consume. This was surely an isle of sanity we landed on.

Contrary to many opinion-heads, e.g. Forbes editor Rich Karlgaard, I maintain that one attribute of great-to-live-in regions is a dearth of colleges. Sure it may be impossible to find a $10 per hour responsible, EFL college student babysitter, but the plus side of being far from academia is not having to put up with all the never-done-anything, know-it-all cranks that dominate college-towns. Charlotte, where I lived for 11 months in 2004-5, was a similar case. I submit that the Queen City and the people there were so beautiful precisely because it wasn't ruined by colleges, a la Raleigh. (Hospitals bring a good share of cranks with them as well.)

Careers? Well, everyone in Cohasset/Hingham either works in finance or real estate. Seemingly, everyone was an analyst for a mutual fund company - or a consultant in the same field. I don't think I met a single doctor in 2.75 years; and I only met socially maybe 2-3 lawyers. Essentially, everyone nominally worked in the private sector. So I guess that's why the political BS, alluded to above, was kept to a bare minimum. 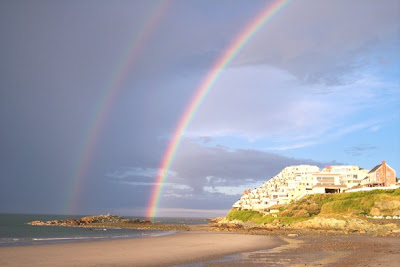 Friends? Here's the example I've told countless time already when selling this area to potential movers. When I lived in Chestnut Hill, MA (the Newton, Brookline, West Roxbury border), though my kids were younger I still took them to the park just about every day the weather permitted.

Yet in two full years there, I DIDN'T EVEN GET A SINGLE 'HELLO' from the weirdos at Larz Anderson park and the like - from all these people *socialized* by higher education. Contrast that with Hingham/Cohasset where, on one of my reconnaissance missions at South Elementary School playground, as a potential newcomer I instantly had all the parents in the park surrounding me and offering helpful advice on where to live and what to do in Hingham.

Socially, this area was a place many people, including me before I moved there, would not be able to understand in the slightest. Even though I'm not even a likable guy(!), I made friends everywhere I went. People there did the strangest thing - THEY TALKED TO EACH OTHER. Some of my really good friends were made through casual chitchat on the beach, at the parks, and I even made a friend at McDonald's of all places. There was a palpable small town feel here in the bluest and rudest of States.

We weren't there but a year and my daughter's 2nd birthday barbecue had 40 attendees.

For her 3rd birthday celebration, even after cutting MANY guests from the prior year, try as we might we couldn't keep the party small - we had 70 people! (I had two grills working and probably didn't sit down for a minute.)

Yeah, the social life which my wife and I feared in a lightly-populated town actually turned out to be a deep well of opportunity. It was so good that one could be extremely particular about whom they hung out with.

Because everyone worked in the private sector, there was quite a bit of geographic diversity among the townspeople. I estimate that a full one-third of the adults in this area had grown up outside of New England. And that's a huge degree of foreigners for this otherwise intensely parochial State. I had thought my résumé of 5 former cities was impressive but I routinely met people who were on their 7th or 8th landing spot. Not only are people who bounce around a lot inherently more experienced and more mature, they also are friendlier since they don't have the built-in, decades-old circle of family and friends to lean on. Even the native Ma$$holes there had generally moved around a bit, e.g. most everyone had lived in NYC or on the West Coast at one time, before coming home. 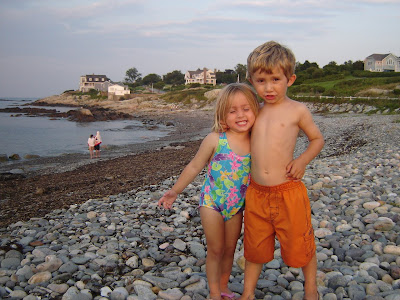 Did I mention the ocean yet?

It's pretty nice to live in a beach town for the two-month(!) New England summer. Some of the beaches even permit alcohol - a rarity for this Puritanical, Moronic State. Summertime Friday nights, the Cohasset beach turns into one big town-wide party. Kids run around, swim, play in the sand whilst the adults order pizza or cater their own dinner and enjoy what has to be one of the best *happy hours* I've ever experienced. It truly is sublime; being really only sand, alcohol, and peace, time on Sandy Beach begs the question of *how much do we actually need?* in life.

My wife and I had NEVER before endured a long commute. In Philly we both walked a few blocks to the office. In New York we took the subway only a single stop from Borough Hall to Wall Street. In Charlotte my wife walked a half a mile whilst I started working from home. And in Newton, MA my wife only had a 5 minute drive to and a 22 minute train ride in. Even before the babies came we always thought those who suffer long commutes to be complete Morons.

But moving to Hingham/Cohasset we were going to be a full 23 miles from Boston. Neither my wife nor I was looking forward to what would end up being nearly an hour commute for her each way. After all, she'd see her kids less each day; and I'd be on my own with them for that much longer. Do any of y'all remember what it was like to be a new parent of a couple of small children AND be on your own for the whole day? I can't recall at the moment - having expunged the traumatizing memory from my brain!

Of course right after we got to the South Shore they opened a brand new commuter rail line - which had a station only 90 seconds from our house. On a train she could at least get substantial work done. And don't forget that my wife *worked* from home on Fridays so both of those things blunted the sub-optimal commute.

Mrs. C-Nut now hypothesizes that one has to move a good ways out, away from the cities, commuters, and what she calls *transients* to get to the really nice towns. Other examples might be Duxbury, MA and Lattingtown here on Long Island. Though one has to be rich or secure enough to move far out, beyond the "riff-raff" - if that's what's important to them. 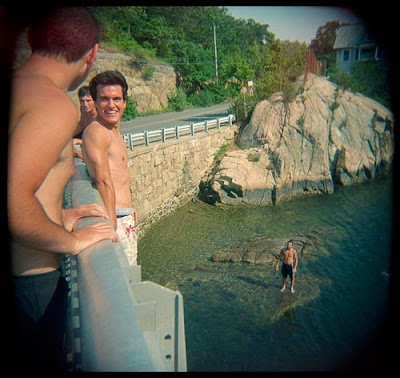 I want to conclude with a word about the teenagers in this area. Never before have I seen such well-mannered punks as I did in the Hingham/Cohasset region. Never.

They say please and thank-you. They greet you by standing up and with handshakes. They're not bouncing loudly all over town and whatnot. Now I'm hardly naive; I'm sure they are still out there getting drunk and smoking pot and whatnot in someone's basement; but at least they have the sense to be somewhat discreet about their immaturity. Heck about a month ago I was at Papa Ginos with my kids. Seated next to us were about 15 teenagers - boys and a few young lasses. But I wouldn't even know it if I hadn't espied them halfway through my meal. They were incredibly quiet, sitting there conversing like full-blown adults. To this day I'm still dumbfounded by that scene. These kids here really are a tribute to their parents and the overall community. Perhaps in pimple-faced teeny-boppers I have discovered an unlikely barometer for identifying nice places to live? 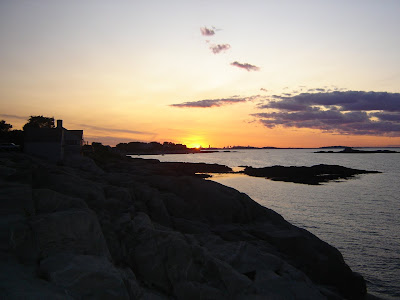 My wife suggested that I forgot to mention my favorite attribute of the area - Widow's Walk golf course.

And she is correct in how much I truly loved and will miss that track. But my love for it was personal; no one else has any appreciation for extraordinarily difficult golf courses - which it was.

Of course there were some real negatives with Hingham/Cohasset living but they pale in comparison to the good stuff.

I'd rather not touch on them now and sully this post (which my wife already read as *too negative*!).

It was definitely time for us to leave and return to New York - for a host of reasons. I'll discuss all that as time goes on. AND, I can always move back if it turns out moving was a mistake, right?

In conclusion I want to reiterate how remarkable of a place to live that part of the South Shore is. If the rest of Massachusetts knew truly how much nicer, and how much less snow(!) Hingham and Cohasset got the towns would be overrun!
Posted by CaptiousNut at 3:24 PM

Awwww :( you are all missed