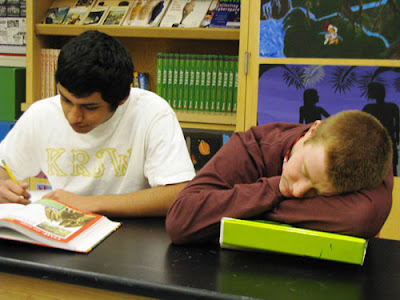 The illegal immigration debate has fallen off the front pages of Jurassic Big Media publications. So-called *amnesty* was never popular among the lumpen masses; it was nothing more than a tug-o-war between the entrenched political parties; and a sour economy has, as I predicted here, swallowed up whatever public sympathy there may have been for *temporary-guest workers*.

But back when those *farsighted* scumbag pols were trying to ram down citizenship for border-jumpers and identity thieves...

Back then one heard incessantly that undocumented workers were doing jobs that *Americans wouldn't do*.

Now there were more than a few appropriate responses to that nothing-statement - illegals drive down the wages to where no one wants to clean toilets for $7 an hour, those jobs (e.g.) landscaping on country clubs are hardly integral to the country, etc. - but there was one response that I don't recall seeing.

Consider how many shiftless teenagers our nation has, wasting away in factory school prisons and learn-nothing, exorbitantly-priced colleges. We have 10 million college students, give or take, and probably at least as many flicking boogers and snoozing in high schools.

For the sake of argument, put the total number at 20 million slackers.

If everyone in that demographic were to, say, cut back their school by one day a week - go from 5 days to 4 days....that'd would effectively free up, roughly, one-fifth of 20 million more low-wage workers for the economy.

What I'm saying is, if in fact it was true that we need Latin Americans to sneak in here and pick lettuce because there aren't sufficient Americans willing to work at the market-bearing wage...

Then that might only be because student loans, the wealth cycle, Big Education and a Big Government in need of mind slaves, and Morons have all conspired to unnaturally disqualify able-bodied individuals from working in the real world! 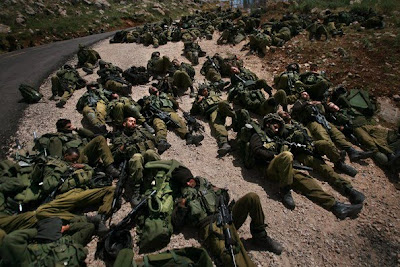 While we're at it, let's throw in the 2.5 million muy atlético soldiers (active and reserves) who could conceivably be relieved of some *make-work* and added to the potential pool of skilled labor.
Posted by CaptiousNut at 10:14 PM