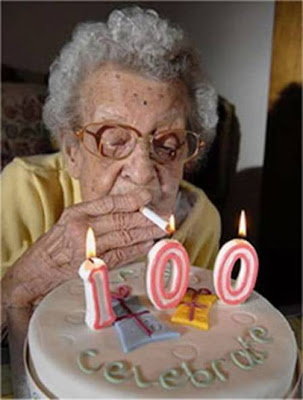 Some Thoughts on the Health Care Problem
Now, some positive news. This week I visited the Cleveland Clinic and went through their Executive Health Program (more on that below). I got to visit for several hours with my doctor, Michael Roizen, of YOU: The Owner's Manual fame (not to mention all his subsequent books). They have now sold over 20 million copies, and I highly recommend them.

I have long been a student of medical trends, and long-time readers know that I think the next really big boom will be in the biotech world. I asked Mike what three things he thought would have the biggest impact in the next five years in medicine. What he said gave me hope, because he thinks there may be some advances in medicine that could help solve some of the basic health issues we all face, and at the same time give us some relief from the high and rising costs of medical care. I was aware of most of the research, but did not know that we were as close as it appears we actually are.

Briefly, he feels there are three developments in late-stage trials that could have major impacts. The first is the development of sirtuin, which so far seems to be delaying the effects of diabetes but also seems to work for a host of diseases that are inflammatory in nature (including many heart-related issues). It essentially delays the symptoms for 30-40 years. While the current trials are for very specific diseases, he thinks sirtuin will have a wide applicability and that it could be huge, as inflammation is the cause of a number of diseases. This could prolong useful life and forestall a number of debilitating conditions.

Second, there is a late-stage-three trial due out soon that promises to increase muscle mass. I have been reading about such developments, but was not aware that something might be available within a few years. This promises to help people stay active a lot longer than currently possible, which will be a good thing if we are going to live longer.

And finally, there is a study and trial which shows that DHA may delay the onset of Alzheimer's disease, which eats up a significant portion of US medical budgets.
I recently spent time with a research doctor at the University of California Irvine who believes that muscular dystrophy and other brain/nerve-related diseases may be conquered within five years.

We may just get lucky. Instead of high and rising medical expenses that we cannot pay for without bankrupting the country, we may be able to reduce our medical bill by staying healthier and living longer.

First, the *next big boom* will be biotech?

Hah! They've been saying that since Jurassic Park got everyone geeked up about DNA and whatnot some 16 years ago.

Investment professionals like John Mauldlin are perma-bulls by default. They can't help themselves from waxing euphoric about *the next thing*. But I thought the next thing was globalization? B2B e-commerce? Or was it nanotechnology?

Now what misanthrope could be AGAINST life-extending medicine?

If we have a health issue in this country it's certainly not early death; it'd be late living and the absence of life. People used to die, what's now considered young for millennia, but at least they procreated. Today, voluntary sterility is in vogue.

And, if today's policy-makers want to vitalize an obese nation, they can stop subsidizing a culture of government and wage slavery desk jobs.

To me, there's nothing more unhealthy than sitting a desk all day, so dejected and bored that a greasy lunch is the highlight of one's day!

Seriously, at a desk, your stomach muscles decay at an accelerated pace. 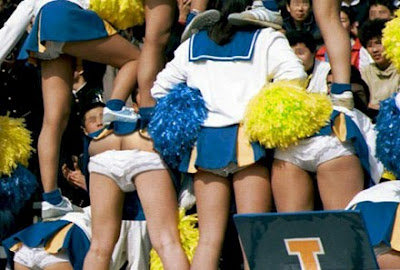 In the very same article, well before his *thoughts* on healthcare posted above, Maudlin also said this:

Yes, there are some savings on the margin; but the only way you really cut costs is to ration health care, especially health care in the last year of life, which is about 30% of health-care expenses.

Yeah, John, that's consistent. Acknowledge that *life extension* is already a 30%(!) problem and then cheerlead for more of it!

Yeah, this is the same Moron who said this:

My bet is that the taxpayer is going to make a real profit on this deal.

....about the federal government's nationalization of AIG!

Taxpayers have dumped over $180 BILLION into AIG thus far - well past the initial, mere, $85 billion.

Thanks so much for cheerleading that *bailout*, John.

Definitely check out my prior post - John Maudlin - Fear Peddling Elitist
Posted by CaptiousNut at 11:16 AM

Another link for John Mauldin...

Now THAT is funny.

I screenshotted it for future use. Thanks.