When To Yell At Your Kids 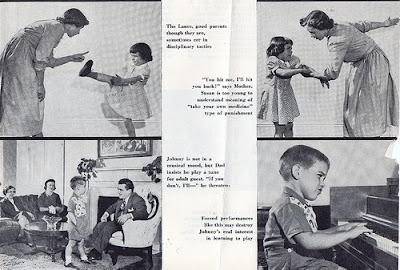 My father was here the past two days to see his grandkids and to *help*.

Yesterday, at the kitchen table he was astounded to see my 4.5 year old son read whatever it was (not a children's book) that Prince C-Nut had in front of him. I mean he was ASTOUNDED.

Now, let me tell you about this morning. I put the Prince in front of one of his workbooks and told him to do 4 pages whilst I shaved and showered. But when I was done, my son was still sitting there, literally mining his nasal passage, only halfway down the first page. I scolded him, strongly advised him to speed up, lest I add to his workload, and then set about vacuuming and mopping the kitchen floor.

Still he dawdled. Forty-five minutes into this *session* he wasn't even done 2 of the 4 pages of Kumon's Writing Sentences that I assigned.

The problems we are at the cusp of, are that of *self-motivation* and *concentration*. If I sit next to him, correct his posture, force him to utilize tissues, and keep him focused, he presently has the ability to do those particular four pages seamlessly in 15 minutes or so.

BUT, not only do I not want to be holding his hand constantly, it's a key part of the learning process - the ability to study independently and efficiently. I yearn for the days that I can just email him rough sketches of what he should be working on, and that he goes ahead and competently completes his tasks. After all, pretty soon I'll have just-about-3-year-old Princess C-Nut to educate as well!

So I was getting annoyed at the Prince's performance - and hollered at him more that a couple of times. To put it in perspective, not long ago we were doing 20 pages of different books each day. Admittedly, we've gotten lazy recently and therein lies the problem. If there's a distraction (e.g. *his sister* or *grandpa*) or if we take a few days off from what we refer to as *his work*, our momentum always disappears - and takes a couple of days to come back.

Halfway through my floor cleaning, I seen that my son has still made little progress - outside of probably *the other nostril*. So my hollering goes up a notch....and I tell him that we'll skip that pizza party tonight if he doesn't DO HIS BLEEPIN' WORK.

As the tears bubble from my son's eyes, my father becomes aghast; telling me to lay off; reminding me that "he's only four".

Normally, I don't take lightly the arrogance of anyone who comes into MY HOUSE and tells me how to talk to or raise MY CHILDREN....

But it just so happens that I've got 30+ years of solid experience ignoring my parents - so I effortlessly brushed it off.

Eventually, the work was completed, that pizza party attended, and everyone will live to see another day.

But I got to thinking more philosophically about all the things my father saw fit to YELL AT ME about in my childhood.

I mean, if as a kid I gave my sister a deserved punch (on the arm) my father went ballistic on me. If When I farted at the dinner table there was always hell to be paid. And if memory serves me, he and my mother weren't too cool about the three times I was suspended from school, the fires my brother and I set, or about the time I got caught shoplifting. Why didn't I yell back, "I'M ONLY 13!!!"

So what exactly makes an offense worthy of parental yelling?

It's got to be nothing more than the priorities of mom and dad.

And my priorities are well-thought-out. Expecting, and demanding my son to perform within the limits of his abilities is not child abuse.

No, having low expectations for him would be.

Remember, my father was ASTOUNDED at his grandson's reading ability. From where did he think that competency came? From watching cartoons all day? From pre-school?

His wife, my mother, is far worse. She's never once expressed anything but disapproval for how I am raising her grandchildren. I asked her how she thinks the Prince became so articulate, so literate, and so numerate.

In other words, not because of any time, research, and work put in by me and my wife.

There's a reason God had to codify this one into law:

Because otherwise....
Posted by CaptiousNut at 10:06 PM

Handicap the chances of your kids developing substantially similiar attitudes toward you as you have for your folks.

I wasn't raised by my parents.

Like most people today, I was raised by television, my peers, and age-segregated *schools*.

That is why my parents know nothing about me. Ask them what I do, or my siblings do for a living and you won't get a substantive, correct answer. Heck, my mother refuses to even read this blog. Can you imagine?

The essence of homeschooling is learning about and growing with your kids. We are and will continue to be a whole lot closer than other families as a result.

Homeschooling keeps the parents young; it keeps their learning curve from flattening and inverting far sooner than it otherwise would.

I just wish I had my kids when I was 20 so that we'd be closer in age. It's unnatural to have 30 and 40 years between human generations - as we have nowadays. I believe such age disparity does much for parent/child estrangement as well.

Parents - we forget what it was really like to be a child. All children want to be like their parents, after all they're our heroes for the most part aren't they? Words are powerful, they can heal or destroy. A child who seems not to listen to you, or does not do what they are told is looking for more attention from you. Read between the lines; you are street AND book smart; and I love reading your blog. Four, fourteen or forty - we want our parent's approval.

Just a clarifying point if I may. I was not the secret poster that called you an A-hole. If I have a disagreement with you, I will call you a Mass-hole and leave it at that which I have done in the past. I will also sign my name when leaving a disparaging remark as I feel it is cowardly to not do so and fully expect you or anyone to call me out if someone disagrees with my comments.

It is not to say I don't agree with the person who did call you a A-hole on the subject of animal cruelty. I grew up on a farm and although I have instances in the past that could constitute cruelty, it was during the heat of a situation where an animal was not cooperating or being particular cruel to another animal. I am not proud of some of my actions but acknowledge I am human and mistakes are made.

The actions in question you blogged about are peculiar. I guess you can rationalize it similar to a fisherman with a prize catch or a hunter with a trophy buck or a farmer slaughtering a hog. But these instances represent practical purposes which I don't see in the events you seemed so proud about. I am missing something here.
I have mentioned to you before that karma has a funny way of coming full circle. I guess this secret poster feels the same way.

I know that wasn't you. I am just having fun with that one. I accused Taylor as well.

And the anonymous commenter was surely more offended by what he considered an aspersion against the Chinese than by any *animal cruelty*. There's no way I could time running over a scurrying rat at midnight, in the rain, on a darkened street. I often insert embellishment on this blog for dramatic effect. And it often works!

I'm completely unmoved by anyone calling me an a$$hole. No, check that, I actually found that instance hilarious.

So this morning, I put the same workbook in front of my 4.5 year old son at 8:15am. We never do *work* before his 9am pre-school on Tuesdays and Thursdays. But he had a poor showing yesterday which needs to be addressed.

At the mere sight of the book, the tears streamed down his face.

But after 30 seconds, I calmed him down, he did 2 pages in the next ten minutes with minimal oversight. Then he filled out most of a multiplication table which I actually had to tear him away from to get to school on time.

My son struggles in the middle of these books, but once he *gets it*, he cruises through the end. I've seen this many times already. And I actually think the books are designed this way. No one knows what my son is capable of doing and handling better than me - no *teacher*, no grandparent,...no far-removed observer.

I don't react, like 99% of the moms, to children's tears which can be turned on and off at will.

If my son conditionally learns that all he has to do is start blubbering to get out of doing something, then what do y'all think he's going to continue doing?

Do I yearn for my parents' approval?

After thinking about that, I would say not exactly. I don't need *approval* per se; I'd settle for them being *neutral* or *indifferent*.

And I wouldn't want unconditional approval either. Like I said, they won't even look at what I'm doing. They won't even read my blog. Their minds are closed - just like those of most others.

Later on yesterday my father mentioned the *incident* from the morning. He said to me, "Obviously....he's not into it." - meaning the workbook.

If I responded I would have said,

"Dad, 4.5 year old kids are INTO toys, ice cream, and candy! Is that all that I should throw at them?"

When I come across someone doing something *differently* than I would....I contemplate it. I look at the evidence, weigh its pluses and minuses, research it, etc.

When most others come across something alien to their knowledge, they criticize it as a self-defense mechanism.

yeah...embellishing your posts with racial remark is supposed to be dramatic and hilarious? Another lesson from your home schooling?

Chew on this you ESL Moron.

Do both your parents and whatever *school* you graduated from a favor....stay anonymous.

What's your name again...CaptiousNut? And you call me anonymous...now that's hilarious!