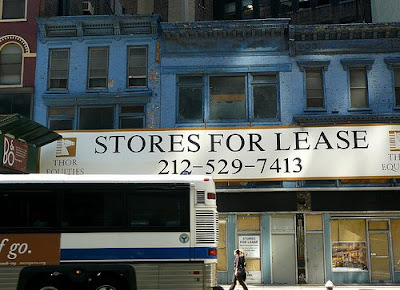 Everyone walks or drives down their local streets and muses, "You know, I would really like to open a [insert retail enterprise] here...."

Whether it's a restaurant, bakery, dry cleaner, or discotheque,....we all fantasize essentially about the same thing. Then, when someone comes along, antes up, and opens a new *hit* there we get pissed - "That was my idea!".

My fantasy was always a bar. Heck, as much time as I spent in them, they were all I thought about for the better part of a decade. Draft beer is all *margin*, no?

A residual friend of my wife's has a *queer* obsession with opening a coin-op laundromat in Brooklyn. THAT'S what he dreams about while toiling away at a currency desk on Wall Street - runaway utility bills, quarters, and missing socks!

My wife, being 100% dago, everywhere we move she invariably exclaims, "This area really needs a high-end Italian deli!" I joke that her roots are really Brooklyn. Therefore she should rightfully think more along the lines of funnel cakes and egg creams!

Mrs. C-Nut's model would be Di Bruno Bros. deli in Philadelphia. Y'all should check it out if ever in Center City. 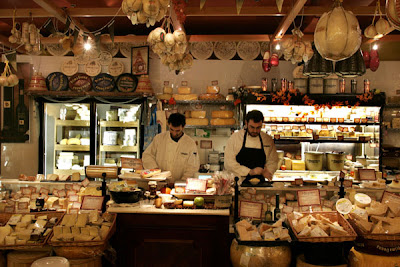 The fact is, retailing is one tough business - especially on the food and drink side. While those successful stores stare us in the face, and take our money for years on end, what we don't see, or can't see, are the voluminous emulators who have failed. We can't see them, well, often because they are gone. I think the phenomena of our collective fantasies can be partly described as *survivorship bias* or something.

Here we are approaching one of the chief subtleties of economics - the unseen. So much of what happens in the real world markets simply cannot be understood without a firm appreciation of non-obvious side effects.

And if you don't have a firm grasp of microeconomics....

....then good luck opening your organic veggie juice stand or whatever!
Posted by CaptiousNut at 3:21 PM