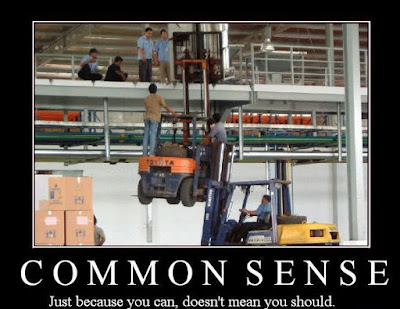 Mason encouraged a child's learning the habits of attention, perfect execution, obedience, truthfulness, an even temper, neatness, kindness, order, respect, remembering, punctuality, gentleness, and cleanliness, among others. Usually, a child would work on a specific habit over a four to six week period.

Mason advocated short lessons for younger children, growing progressively longer as the child matures. Elementary-age children's lessons should be no longer than fifteen or twenty minutes on one particular subject before moving on to something else. In this way, the habit of full attention is encouraged and children receive a broad education filled with many varied subjects.

Charlotte used prepared dictation to teach spelling and reinforce grammar and composition skills. In prepared dictation, the child is given a sentence or passage to study until he is sure he knows all the spelling, capitalisation, and punctuation. The teacher then dictates the passage to him, one phrase at a time, watching carefully as he writes to catch any misspelled word and correct it immediately. In this way, spelling is taught within the context of great thoughts and rich language instead of static lists.

Handwriting was also taught within the context of ideas, not isolated letters repeated over an entire line or page. For copywork, children are given a phrase, sentence, or paragraph to copy in their best handwriting. The exercise should take only a few minutes each day so as to encourage the habits of attention and perfect execution without becoming tiring.

Art is another place where living ideas are found. The great ideas of men and women of history are revealed in their works, whether paintings or writings or music. Art appreciation is taught through Picture Study, which introduces the child to the works of a great artist one at a time, allows her to look at it undisturbed, then asks for a narration of what she has observed. Music Appreciation is taught in much the same way, listening to the works of great composers.

In Mason's schools one afternoon each week was devoted to spending time outdoors. For nature study, children take along a sketchpad to draw and label the different aspects of nature they observe. Regular nature study paves the way for meaningful science instruction.

Mason emphasised the importance of children's understanding mathematical concepts before ever doing paper and pencil equations. They should be encouraged to use manipulatives and to think through the whys and wherefores of solving word problems -- in other words, how mathematics applies to life situations.

Poetry was an integral part of daily life in Mason's schools. However, poetry is not presented in order to be analysed, criticised, and told what to think about it. Poetry, as in other subjects that introduce the child to great ideas of the past, is shared together and allowed to stand on its own, encouraging the child to develop his own relationship with that poet and his thoughts.

Since grammar is the study of words, not of things, Mason thought it is a difficult concept for young children to grasp. She recommended postponing the formal study of grammar until the child reached the age of ten. Consistent practice in narration, dictation, and copywork lays the foundation for grammar study.

Mason's method of studying the Bible was simple: read it every day. She gave children credit for being able to understand passages directly from the Scriptures, and she assigned several large portions to be memorised and recited each school year.

History is considered most relevant to children through the use of living books, biographies, autobiographies, and narration. In addition, Mason's students kept a Book of Centuries that was similar to a personal time line in a notebook. They added people and events to the pages as they studied about them.

The handwriting/spelling stuff sounded suspiciously like my own self-discovered system which I partially described in a previous post.

Also, as far as history goes, I was just thinking the other day that it was time for me to start my son on it. My untutored instinct was that he construct a *timeline* of world history!!!

I hate to be labeled, so if anyone asks me or presumes I'm utilizing the so-called Charlotte Mason method I will scoff, "What? Never heard of it."

And I really hate it when I have a good idea or insight....only to later read that someone famous already got credit for it!
Posted by CaptiousNut at 10:01 PM