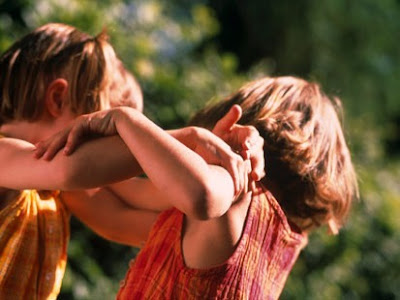 Not only are the seeds of peer orientation sown in day care and preschool, but the fruit is already in evidence by the fifth year of life. One of the largest studies ever done on this subject followed more than a thousand children from birth to kindergarten. The more time a child had spent in day care, the more likely she was to manifest aggression and disobedience, both at home and in kindergarten. As discussed in previous chapters, aggression and disobedience are the legacy of peer orientation. The more they had been in day care, the more these children exhibited counterwill as indicated by arguing, sneakiness, talking back to staff, and failure to take direction. Their elevated frustration was indicated by temper tantrums, fighting, hitting, cruelty to others, and the destruction of their own things. These children were also more desperate in their attachment behavior: given to boasting, bragging, incessant talking, and striving for attention, as we would expect when attachments are not working.

I thought day care was supposed to be good *socially* for children???

This book just arrived in the mail and I only came across that passage flipping through it. I'll post a thorough review of it sometime next week.
Posted by CaptiousNut at 9:56 PM