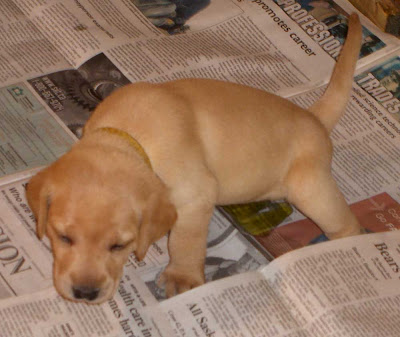 Personally, I realized the worthless of *the news* years ago. And I've fastidiously shielded myself from all that nonsense since then. It couldn't be more true, that expression I heard:

Here's C.S. Lewis waxing on the same subject, many decades before newspapers descended to the joke they are today:

Even in peacetime I think those are very wrong who say that schoolboys should be encouraged to read the newspapers. Nearly all that a boy reads there in his teens will be know before he is twenty to be have been false in emphasis and interpretation, if not in fact as well, and most of it will have lost all importance. Most of what he remembers he will therefore have to unlearn; and he will probably have acquired an incurable taste for vulgarity and sensationalism and the fatal habit of fluttering from paragraph to paragraph to learn how an actress has been divorced in California, a train derailed in France, and quadruplets born in New Zealand. (p159)

That was from Surprised By Joy - an autobiographical sketch of his early life.

While I have next to no other quotes from that book highlighted in my notes, I found it a most enjoyable and most edifying read. My notes are, however, filled with many obscure words that I have to look up: ergastulum, cantle, nonce, batrachise, piebald, dyarchy, eructation, pother, slag, corvée, askesis, longueur, anthroposophist, hypostasize, numinous, stile, dram...

But the essential evil of public-school life, as I see it, did not lie in either the sufferings of the fags or in the privileged arrogance of the Bloods. These were symptoms of something more all-pervasive, something which, in the long run, did most harm to the boys who succeeded best at school and were happiest there. Spiritually speaking, the deadly thing was that school life was almost wholly dominated by the social struggle; to get on, to arrive, or, having reached the top, to remain there, was the absorbing preoccupation. It is often, of course, the preoccupation of adult life as well; but I have not yet seen any adult society in which the surrender to this impulse was so total. And from it, at school as in the world, all sorts of meanness flow; the sycophancy that courts those higher in the scale, the cultivation of those whom it is well to know, the speedy abandonment of friendships that will not help on the upward path, the readiness to join the cry against the unpopular, the secret motive in almost every action. The Wyvernians seem to me in retrospect to have been the least spontaneous, in that sense the least boyish, society that I have ever known. It would perhaps not be too much to say that in some boys' lives everything was calculated to the great end of advancement. For this games were played; for this clothes, friends, amusements, and vices were chosen. (p 108-109)

I guess I'd always had an inkling of the cruel hierarchies of the old British schools, but I must say I was rather shocked reading about the Bloods and the fags. Lewis had to blacken upperclassmen's boots whenever they demanded it!

Though the scariest part of it was the fact that this suffocating student social scene had the explicit backing of school administrators. It was a power alliance not unlike what we have today between Big Business, Big Medicine, Big Education, Big Media, and Big Government - where unlikely partners conspire to retain power; where experts and custodians subjugate unwitting serfs via invisible walls and reduced opportunity.

It's not wonder why over the years so many millions have fled the prison of aristocratic Europe to come here....where they could, heretofore anyway, freely erect their own little jails.