Remembering In The 'Golden Years' 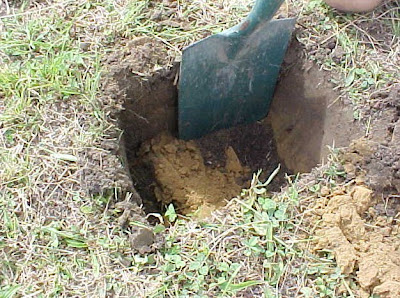 Some dude sold his house on Jerusalem Road (wealthy oceanside byway) a little while ago.

Then one day recently he approached the new owners and asked if he could dig something up that he left on the property.

They consented and the octagenarian 'old coot' proceeded to exhume a cache of Krugerrands (gold coins) and whatnot that he had apparently buried years ago!

I don't know how one forgets that - especially with a market price of gold today that almost justifies the long-term investment! Perhaps he had so much other money that the buried gold had slipped his mind?