A Diversified Attack, On Scum 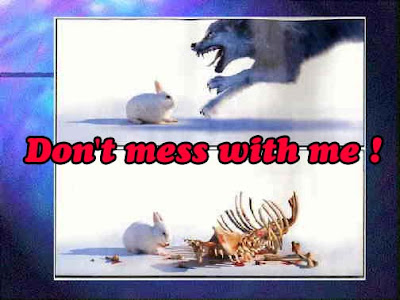 I found out that my scumbag landlord has scored himself a job, sort of.

So today I contacted his new employer and had a nice 10 minute discussion with him. Items of discussion included: integrity, debt, bankruptcy, fraud, lying, etc.

His new employer was very interested in the discrepancies between what he had thought about my landlord, and what I had just informed him of!

Next I called a State *loan regulator* with whom I wanted to discuss what might be *illegal* self-advertising on the part my landlord. I didn't get through today but will try again later this week.

Then I issued a formal letter of complaint to my local housing authority about some *ordinance violations* by my landlord. A formal letter requires a formal response - which can be appealed and publicized. (I've done a fair amount of leg-work on this one. And it's additional to my already filed Board of Health complaints.)

After that I contacted the office of the bankruptcy judge who is presiding over my landlord's appeal for a *clean financial slate*. I was told they have considerable discretion in meting out leniency. And I was told to write to the judge and convey the whole story of my landlord's theft/crime/fraud/harassment. Except the woman there (a clerk) essentially blew me off. She told me to go bother the *trustee*. So I did.

I called him up and discussed a couple of *misrepresentations* that I found on my landlord's bankruptcy petition. Though the petition is written under an explicit penalty of perjury, the trustee wasn't very receptive to my Captious input. He shrugged his shoulders and half-scoffed that he handles 600 cases a year. But he did tell me precisely the type of evidence he was looking for. So I'll see what I can do.

Now the C-Nut family is moving on and out of this rat-infested house very soon. So why should I care about this clown?

I'll tell you why - BECAUSE no one else does. BECAUSE that's what he's banking on. He sticks his elbows out, screams loudly, and the invertebrates back off.

Most everyone I've contacted about him (banks, utilities, law enforcement, etc.) has stiff-armed me. They simply don't care. They are large bureaucratic entities funded by third party pools of money.

I really enjoy being the ONLY ONE who cares as it sets me apart, as it elevates me into the saddle of a high white horse.

Understand that my landlord does everything in his power to game the system.

So I'm going to match him and do whatever I can think of to see that he loses!

Like a dabbling entrepreneur....I only have to be right but once.

Guess what his new job is?

He's become a *loan originator* for a distressed debt fund!

So he went from pushing toxic loans on minorities in Dorchester, Brockton, and Worcester...

And personally stealing millions from banks with unsecured HELOCs....

To now being essentially a vulture of the very toxic, now-defaulted loans that he helped proliferate (and profit from) in the first place!!!

He may be only one guy in Boston and perhaps couldn't even get a job as a boot-black in Lower Manhattan...

But his career path is nearly a microcosm of what happened on Wall Street these past several years. They trafficked in junk the entire the way up, and will on the entire way down.
Posted by CaptiousNut at 12:52 AM