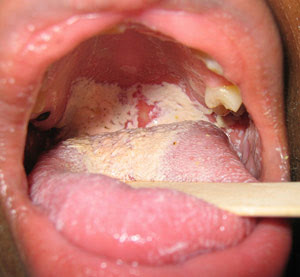 I just love Mike Adams the *health ranger* over at Natural News!

Today's screed - American Does Not Have A Shortage Of Doctors, It Has An Excess Of Disease

(NaturalNews) Now that health reform relying on monopolized pharmaceutical medicine has become the law of the land across America, the mainstream media is reporting on a sudden shortage of doctors. The nearly one million doctors who already treat a sick, diseased population is no longer enough, it seems, and medical schools are ramping up to churn out more doctors to treat yet more disease. There are never enough doctors to go around when everybody's sick, it seems...

What we're witnessing here is a massive expansion of the sick-care industry which already swallows 20 percent of the U.S. economy. Over the next few years, that percentage will rise to 25 percent, then 30 percent, and this financial sinkhole called "mainstream medicine" may even hit one-third of the entire national economy.

We already know that vitamin D, all by itself, can prevent nearly 4 out of 5 cancers (http://www.naturalnews.com/021892.html). It also helps prevent heart disease, diabetes, depression, seasonal flu and kidney disease. Distribute free vitamin D supplements across the entire population and you solve the doctor shortage problem in one year as the public gets healthier and reduces doctor visits.

It's a simple, cost-effective solution that any intelligent nation would embrace without a second thought: Invest a few pennies in the health of the population and save yourself many dollars in reduced health care costs. Regular vitamin D supplementation has no negative side effects and requires no prescriptions, no injections and no visits to the doctor. What's not to like about that?

Except the sick care industry doesn't like it at all. Drug companies, hospitals, conventional doctors, med schools, medical journals and now even the mainstream media all generate extreme profits from the ongoing business of sickness and disease. Vitamin D would disrupt their profit agenda and send people home healthy and well instead of bringing them back into the hospital sick and diseased.

What's this about Vitamin D?

Exciting new research conducted at the Creighton University School of Medicine in Nebraska has revealed that supplementing with vitamin D and calcium can reduce your risk of cancer by an astonishing 77 percent. This includes breast cancer, colon cancer, skin cancer and other forms of cancer. This research provides strong new evidence that vitamin D is the single most effective medicine against cancer, far outpacing the benefits of any cancer drug known to modern science.

The study involved 1,179 healthy women from rural Nebraska. One group of women was given calcium (around 1500 mg daily) and vitamin D (1100 IU daily) while another group was given placebo. Over four year, the group receiving the calcium and vitamin D supplements showed a 60 percent decrease in cancers. Considering just the last three years of the study reveals an impressive 77 percent reduction in cancer due to supplementation. (The full press release of this study is included below. It provides more details about the findings.)

Note that these astonishing effects were achieved on what many nutritionists consider to be a low dose of vitamin D. Exposure to sunlight, which creates even more vitamin D in the body, was not tested or considered, and the quality of the calcium supplements was likely not as high as it could have been (it was probably calcium carbonate and not high-grade calcium malate, aspartate or similar forms). What does all this mean? It means that if you take high-quality calcium supplements and get lots of natural sunlight exposure or take premium vitamin D supplements (such as those made from fish oil), you could easily have a greater reduction than the 77 percent reduction recorded in this study.

If it seems surprising to you that the American Cancer Society -- which claims to be against cancer -- would dissuade people from taking supplements that slash their cancer risk by 77 percent, then you don't know much about the ACS. In my opinion, the ACS is an organization that actually prevents prevention and openly supports the continuation of cancer as a way to boost its power and profits. The ACS is the wealthiest non-profit in America and has very close ties to pharmaceutical companies, mammography equipment companies and other corporations that profit from cancer. Notice the name, too: It isn't the American Anti-Cancer Society, it's the American Cancer Society! What they really stand for is right in the name! 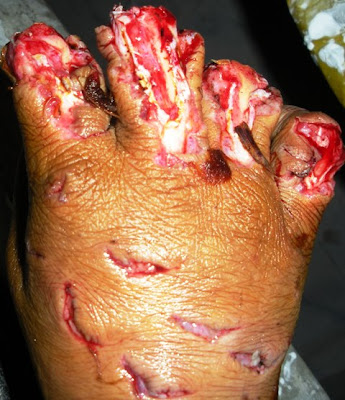 Getting back to the original screed:

America, you see, does not have a shortage of doctors... it has an excess of disease. And that's an excess that the sick-care system seems determined to continue.

This shortage of doctors is an entirely manufactured shortage. America already has nearly one million doctors. If anything, we have way too many doctors. We'd actually be better off with far fewer doctors combined with a Health Freedom Protection Act that would allow naturopathic physicians to practice medicine alongside Traditional Chinese Medicine doctors, chiropractors and other holistic practitioners.

And if we could roll back the FDA censorship of nutritional supplements and superfoods, then we could finally start to educate people about how to prevent disease using supplements, herbal remedies and nutritional therapies. All of a sudden we would find ourselves with far too many doctors -- and too many cancer centers, hospitals and clinics, too.

This should be the goal of any intelligent nation: To protect and enhance the health of its people. But America's leaders (if you can call them that) have chosen a different path for the People: A lifetime of nutritional ignorance, medical enslavement, vaccinations, mammograms, chemotherapy, psychiatric drugs and an endless assortment of other dangerous medications.

There's a whole lot more in this article - man, the guy does have some WIND in his bags! Some of which I don't completely agree with. For example, I'm not onboard with his allegations that Congress wants , entitlement-collecting 'old coost' to die so that it can save the nation money. I think there's a more pragmatic reality at work. Congressmen DO NOT WANT reflexive, card-carrying members of their party to die off. And the true rational statists DO NOT WANT dependents of the state to dwindle in number. So I take issue with Mike Adam's *motivational* hypotheses for Big Government *death-panels* and whatnot.

But that's merely an insubstantial disagreement. Whether or not the pols *want* people to die off is irrelevant because the political-economic machinery is set up to facilitate it anyway. Look at it from another angle - no government school teacher geniunely wants to make children thoroughly Moronic, but that's the system's outcome nonetheless.

This Mike Adams may seem a bit kooky and quacky in his own right. BUT, much of his propaganda dovetails perfectly with my own. If you're convinced, as I am, that Big Government is programmed to create wage-slaves, mind-slaves, and statist-supporting dependents....then it's no big leap at all to wax cynical about every aspect of the long-since, government-monopolized healthcare SICK-CARE system. 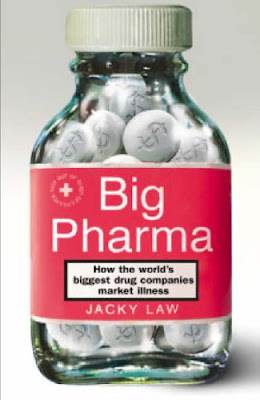 Posted by CaptiousNut at 8:41 AM

You are truly killing me...
Stay away from the medical stuff..
I read your blog for your take on finances, political commentary (many I don't agree with), funny takes on our often ridiculous society, even your take on homeschooling...
and you do a great job!
But, you are not not qualified to comment on medical stuff
You link THE NATURAL NEWS???!!!!

THAT SITE IS PURE QUACKERY.... DESIGNED TO SELL SUPPLEMENTS
and to twist medical research and the positions of national organizations

Where to start?
The American Cancer society does NOT oppose Vitamin D.
It states that the many many studies on vitamin supplementation are conflicting on cancer prevention.
This study that they quote... 60% and (77% in a subgroup) reduction in cancer diagnosis over 4 years wasn't even a study for vitamin D and cancer. The Creighton people were looking for fracture rates and happened to re-run the data. It was a tiny study - little over a 1000 people - over a short time. Contrast that with American Cancer Institute's study following 110,000 people over a longer period of time that showed no significant difference in cancer rates in people taking vitamin D supplements vs not. That study had much more "power" to state there was no effect. The variables are difficult... vitamin D is in a lot of foods, your body can make it via sunlight, etc. This is not the American Health Care "Machine" ignoring "facts". Things are much more complicated.

However you seem to think that" BIg Sick Care" is purposely wanting people to be sick... WTF. Really? Believe me, people do that themselves with no exercise, poor diet and lifestyles. Wide conspiracy involving many smart people at the American Cancer Society, the FDA, academic doctors and community doctors the nation over? Really?

Hate to burst your bubble but there is NO CONSPIRACY! Now if you say something smaller such as the pharmaceutical companies are not as interested in finding cures as they are at finding treatments to manage chronic diseases... well then you have a point, I'm a 100% behind you. Much better to find a diabetes, hypertension, depression or erectile dysfunction medicine that people will take for a long time than a quick cure all. This is why the new antibiotic pipeline is so slow... there's not as much profit in it.

HOWEVER, there are people looking for cures before profit oriented meds...
Ironically for you... much of it is NIH (gulp... BIG GOVERNMENT again) grants to academic researchers at hospitals... who come up with the true new advances...

which are then bought by the marketing geniuses at Big Pharma when all the hard work is already done!

Back to vitamin D. I generally agree that people in the northern latitude states and those with crappy diets should take some supplements.. but the jury IS REALLY OUT on the benefit end. And you need more when you age, ie after 60 for osteoporosis risk at the least
But the high doses that the "naturopaths" recommend can be dangerous! It is a fat soluble vitamin that builds up.. why don't you look into Vitamin D toxicity?

My gist... the doctors and the national organizations like the American Cancer society ARE ON YOUR SIDE!

There is no conspiracy...
get out from behind that knoll.

Stick to your usual topics

I feel like we've had this same debate a few times before.

Natural News may be a few things, but it's not "PURE" quackery. They were against the pig flu hysteria. While you were FOR it, remember?

I think you are hung up on the *intentions* of Big Government rather than its results.

I'm not really into *conspiracy* as much as you insinuate.

Again, it's the design and monopolized power of institutions that corrupt education, sick-care, Big Military, and Wall Street.

I do not ascribe to these machines PERSONAL attributes. And I think I made that clear at the end of the post.

Have you ever tried yoga? Go for it. Then re-hydrate with a vitamin D laden veggie smoothie!

You'll have to do something to get that toxic pig flu vaccine out of your body.

Now I'm going to email my buddy Mike Adams and see if he wants fight you. Realize he eats *superfoods* to your Spaghetti-Os...