Living In A HeadBook World... 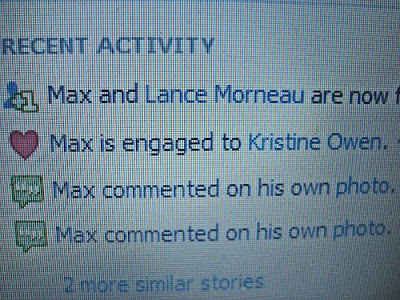 So last Easter weekend a cousin of mine exuberantly their engagement (no, not that one, he's *unpairable*) ....by changing their status on FaceBook.com!

Some of the older set in the family were taken aback, remarking indignantly "I hope she told her mother first!"

Whatever. While I'm against HeadBook in all its aspects, I'm also against 'old coot' Luddites.

Plus, the couple was already living in sin, co-owned co-borrowed a condo, and was raising a wretched puppy I think. So it wasn't so much an *announcement* as it was an expected formality. As my 96.43 year old grandfather commented in his thick Polish accent, "I don't approve how she live with guy [sic]..."

But I'll tell you what - if they use Evite.com exclusively for the wedding reception....it'll most likely be a pretty YOUNG and hence FUN one to attend! 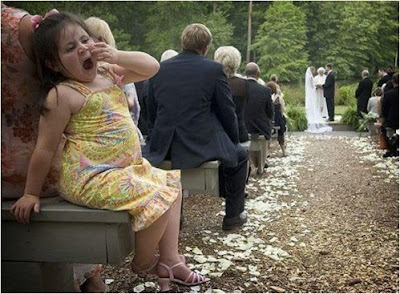 Posted by CaptiousNut at 8:31 PM