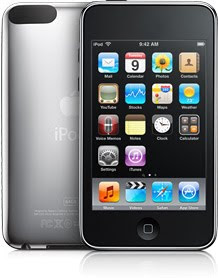 My cell phone contract is about up so I need a new phone and a new *Depression-friendly* plan.

Was in the Verizon store the other day and saw that Blackberrys were down to $49! That's what I planned on buying, finally. But the data plans still seem to be a bit of a rip, for my needs anyway.

I also noticed some new-fangled phone they had - the Droid - or something. I went over and tried to fiddle with it but I had no idea what I was doing: the menus read as Greek, couldn't get the keyboard out, etc. You see, since I went cheap on the cell phones for the last two contracts (4 years total), I've become pitifully out-of-touch on the latest cell technology.

I ended up walking out of the store a bit frustrated; I was going to have to do some research.

My wife and I have 700 minutes of *whatever* calls on our family plan. But she uses her work Blackberry for most everything - and with my kids monopolizing me, I no longer have time to spend on the phone. Heck, I have a hard time just responding to text messages!

So we are only using 200-300 minutes each month. The problem is, Verizon doesn't really offer any family plans for less than 700 minutes.

A friend of mine, who's similarly busy with his kid, has gone the *pre-paid* route. He's done the math and I don't question the economics of his selection. The downside is, I believe, the reception he gets is pretty weak. Most of my calls, of consequence anyway, are very long distance so I'm not too eager to turn every conversation into a Tony Sopranos-to-Pine Barrens situation!

I do need, er, I would like to have access to my email when out of the house. But $90 a month for just my Blackberry is, pro rata, more then double what we pay now, and seems a bit pricey.

Enter the wild card pictured atop - the iPod Touch.

My MIL just gave one to my wife.

After strenuous research, I've discovered that it can send and receive email for free, so long as it finds a Wifi network.

So maybe I'll get an el cheapo prepaid phone and try to make do with the iPod Touch?

I just don't know. This will take a couple hours of research - hours that I don't have to spare.

Honestly, I wasn't even sure that the iPod Touch thingy would work on a PC (non-Apple) - I had to Google it!

What I really need is my kids to get a bit older, if only so they can keep me young - and configure my gadgets.
Posted by CaptiousNut at 11:30 PM

all the recent phones now come with wifi, GPS, bluetooth chips built-in. I currently use my cell phone for email, browse google-reader, as GPS device(installed tomtom, or u can use google maps), check stock-market/quotes/trades, music player, online radio/pandora/last.fm player, as voip phone (free with google-voice/sipgate), and as a regular cell phone.

The phone i use is AT&T Tilt with unlimited data plan(useful when wifi is not available); I got the phone for free when i signed up for a 2 yr plan. I pay a total of ~$72 including taxes for two lines(family plan), which includes unlimited data.

I'll save you a few hours and tell you to consider a pre-paid + Skype system. You can buy a number on Skype that you can receive normal calls on. Anytime you're at your computer, you can take the call there. When you're away, you can have Skype forward the call to your prepaid cell. Then, to handle your long distance it doesn't get cheaper than .02/min on Skype, does it? Even better, if you can get your phone call friend on Skype as well the call is free.

I need a new phone and I'm torn between Droid and BBerry Tour. Tour is a worldphone (can take GSM card), it has the "push" e-mail and keyboard is a little nicer and it's "proven" technology. Droid does have TBT navigation, better web browser, better app support, better screen, bigger touch screen, slide out keyboard, voice recognition search, etc.

Go for the I Touch, I did and love it. I can grab a wifi signal and check email and do pretty much any thing a lap top can do and keep it in my shirt pocket. I up graded to the one with sound and gave my wife my old one. She'd kill if anyone tried to take it away from her.

I use in the neighborhood of seven thousand minutes a month of talk time, so I can't help you on the service thingy, but iTouch/iPhones are notoriously unreliable for any kind of web browsing and the calls are terrible. Alas, the iPhone is simply a status symbol of a really unique class of moron. I like to call them, "really stupid goat people that like to pay a whole bunch of money for something that is utterly useless." But, the iPhone/AT&T did just start using SMS protocol, so now you can actually send a photo in a text. You know, the technology that all other phones had in 2002? If anyone tells you that they like their iPhone, scratch them off of the list of people you ask for technology advice.

The Droid is the best phone on the market right now by far, but there is an upcharge of 15 bucks a month through Verizon for the data usage. And it plays Flash, too. Maybe Apple will get an app for that, other than iTransmogrify, by 2016.

Thanks to everyone for all the advice.

Doesn't Skype have the potential to ruin one's PC?

And I won't be eager to put Skype on my new PC if it's going to potentially tax the processor by always being *on*. I like to keep new computers lean and mean (very little software or content)....I think that may account for why I got 5 years plus out of this one. Obviously, my PC got considerable use between trading and blogging.

Allay my fears on this, young buck.

I just Googled it. Looks a little bit cheaper, no?

How's the reception? I live in an oceanside town so....

Believe me, I am not excited in the least about potentially having an Apple product in the household.

You know what they call any little aspiring Commi up here caught with a Dell computer?

They call him *Lieberman*, seriously.

Will try to get the iPod Touch running tonight and see if I get Wifi around town.

Really should just get the Droid, pay the piper, and stop thinking about saving maybe $500 over the course of the year.

Because I'll end up spending 5-10 hours of my precious time. At my hourly rate.....that's hardly worth it!

In case you are really interested, I think you might check out the future for the Droid.

I didn't realize this was a *Google*-powered phone.

See, I told y'all I was clueless.

11:40 PM and I still haven't gotten around to setting up the iPod Touch...

Metro PCS appears to have great coverage in most metropolitan areas.