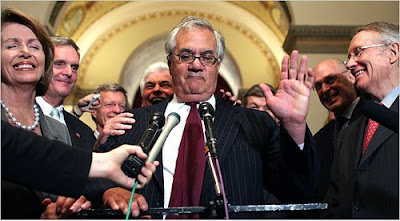 The bill we passed that is accompanied by a requirement that any profit that is made on those loans be returned to the federal government in varying percentages for the first five years, and even more by the fact that the federal government then takes the House. This is not a free ride for that new borrower.

We specifically put in that bill authority to the secretary of Treasury to buy whole loans or mortgage bank securities to make us the lender, to make us the owner so we could do these kinds of deductions. Again, the distinction seems to be between obviously owners and servicers. Today the secretary hasn't used that authority. That's a question now that we will have to address, and it will involve using the second 350, but I believe that we still have a need for that funding to be used to put the federal government in the position of being the owner so we can do the kind of sensible write-down of mortgage payments to avoid foreclosure that's in the interests of the economy as a whole.

There have been some plans floated to have taxpayer money go in, buy up the loans, and then reduce the amount paid. I think it should be very clear, no matter what people have argued, there is in my judge zero likelihood that federal taxpayer dollars will go to those who hold loans that never should have been made in the first place. - Barney Frank (link) 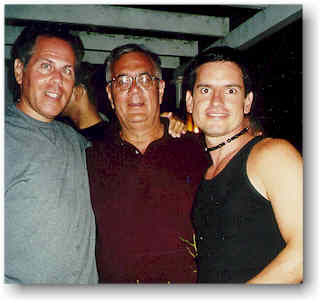 Note that Barney, true to his communist core, wants the government to have *ownership* in the banks. He's pissed that the *bailout* which originally was supposed to be an *investment* turned into a *handout*. He's pissed that banks don't have the authority to modify loans. He's probably pissed that he and his communist colleagues got hoodwinked into handing over money to Wall Street with no strings attached.

Whose fault is that? I submit it's Congress' own fault.

Who could blame a rational Wall Street for exploiting Barney & Co's economic illiteracy and election year jitters. The financial markets ruptured and Wall Street (most especially Goldman Sachs) exploited the situation and procured billions from the Morons in Congress. That's what happened.

The banks who received bailout monies barely owned the distressed mortgages Barney so desperately wanted *modified*. These banks off-loaded them for the most part onto institutional investors and......drum roll......Fannie Mae/FHA.

So Barney has access to some subprime foreclosures. Big Government already owns much of them.

Though loan modification has proven tougher to deliver on than to promise, given that many of these Fannie Mae/FHA homes were outright frauds AND/OR there's nobody even living there to *negotiate* with.
Posted by CaptiousNut at 8:48 PM

Nice to see people with a clue!! This may have been written a long time, but it is quite prescient. Good job.