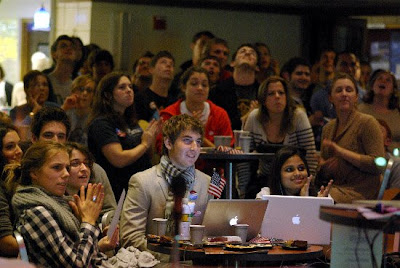 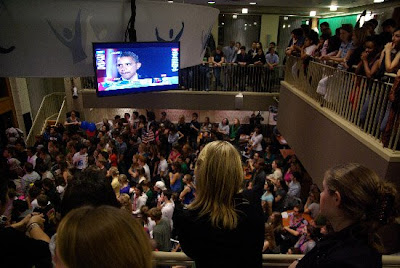 On U Street in Washington DC. 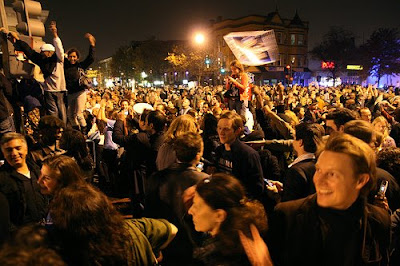 My wife was in Manhattan this week and told me there were screaming celebrants in her sister's East Side building, all night long.

It was probably just like the screaming celebration I heard at UPenn when OJ Simpson was acquitted waaaaay back in 1995.

Though one place Obama has failed to inspire.... 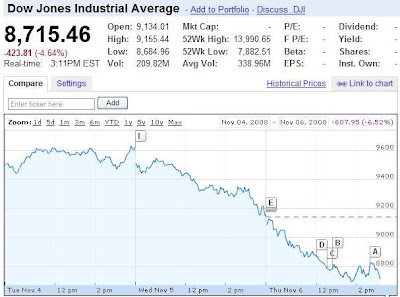 The Dow Jones Industrial Average is down about 900 points in the two days since hope-incarnate became President-elect. 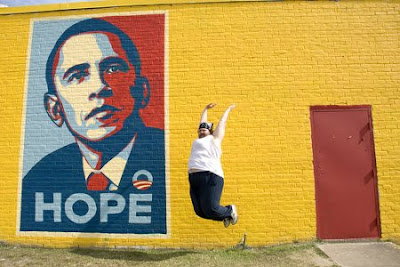 Though, admittedly, if Obama's charisma can levitate this dude/gal...

UPDATE - Apparently it was the ...Market's Worst Two Day Slump Since 1987
Posted by CaptiousNut at 4:15 PM

All I got is Douchey McDouchenstein with his Burberry scarf in the first photo needs a Moron award.

Damn, that is offensive.

My metrosexual brother was in town last weekend. He was walking around Cambridge with that exact same sportcoat on and:

He has plenty of scarves too.

Don't be so hard on that guy. What's the difference between that addled college student in 2008 and you with your Jordache jeans and Benetton jersey rooting for Walter Mondale back in 1984?