About seven or eight years ago I was talking to a Wall Street guy, ten years my senior, poolside in Bridgehampton, NY. Real slowly he said to me:

"...I trade something called a credit derivative."

Something called a *credit derivative*? They were relatively new, hence the educational tone. Of course I had an general idea what they were - but that's about it.

Credit derivatives are all the rage, or, the cause of all the rage these days on Wall Street. The bankrupt triumvirate of Lehman Brothers, Bear Stearns, AIG were all were neck-deep in this toxic poop.

Actually, it was JP Morgan that invented them about 10 years ago. Supposedly they are still the king of credit derivatives - a fact that JPM shorts keep broadcasting to all who'll listen.

The $58 Trillion Elephant in the Room.

Read the whole thing. The excerpt below somewhat explains why I am leaning short JPM myself:

J.P. Morgan continues to dominate the world of derivatives. It has derivatives contracts tied to $90 trillion of underlying securities. Of that, $10.2 trillion are credit-derivatives contracts. Those mind-boggling totals are somewhat misleading. They reflect what is called the “notional” amount in the world of derivatives, based on the underlying amount of the contract, not its current value. When offsetting contracts are taken into account, that figure is whittled down to a much smaller—though still enormous—$109 billion of derivatives, of which $26 billion are credit derivatives. That’s the amount the bank could lose if all its trading partners went out of business, an extremely remote event. But the exposure is climbing, up 17.4 percent from the end of 2007. That’s equal to 20 percent of the bank’s net worth. 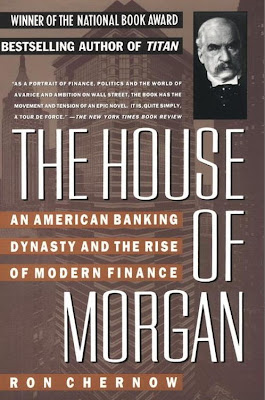 And I also highly recommend reading Ron Chernow's masterpiece The House of Morgan.

Forget Amazon.com. In this economy, borrow it from your library.
Posted by CaptiousNut at 3:57 PM

Posts like these, in my opinion, would be a great opportunity to throw in some of the *math* of it all. Allegedly, you're good at that, right? Elucidate (pontificate?). Wax irate even...

...how many eggs will one hen lay in one day?