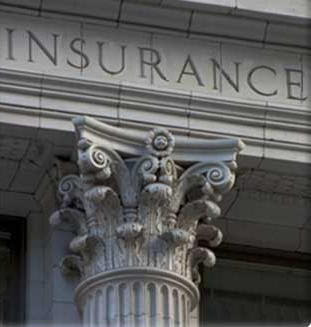 Flashback to my September golf trip in Florida.

On a ride back from Larry Bird's Hideout Golf Club I was talking to one of my golf buddies, a very wealthy guy, and he informed me that he owned a bunch of bank stocks (e.g. Bank of America) for the dividends.

Of course I recommended that he dump them - telling him that the dividends would surely be cut. Cold to this idea, I suggested he buy the Ultrashort Financials ETF - SKF as a hedge against his banks. THAT, he was amenable to. He said he'd been watching it but was waiting for a better entry point. Misinformed, he thought SKF was trading around $130. I said, "Try more like $103?". Excited, he called his broker right then and there to put a bid in.

That was September 19th, 2008 - the very day the SEC banned the SKF. They didn't really ban it, they just froze the issuance of *new shares*. When my buddy's broker told him the SKF wasn't purchasable, my stomach sank. Did it have a counterparty default or something? Was it now a *zero*? I owned quite a bit of it and was already banged up from the massive short squeeze in financials. A disaster with this position might very well have knocked me out of the game completely.

SKF didn't go to zero, in fact it continued to trade at a premium to its NAV (like a closed-end fund) until the ban was lifted. C-Nut eventually made his money back.

But the point of this post is to demonstrate how the federal government aggravated this year's stock market pain. My buddy wanted to legitimately hedge his portfolio by shorting the basket of financials and the thugs in Washington wouldn't let him.

Yesterday, Bank of America, with its dividend since halved and its equity diluted by a $10 billion offering, closed at 19.48.

Short selling, ETFs, and put options are *financial insurance*. You take them away and you lower the value of financial assets.

Heck there'd be no mortgage market. If you couldn't buy insurance on the market value of your home, then no bank would ever lend you a substantial mortgage. Without mortgages, homes would crash over 50% in price - perhaps much more.

So, did the stock market eventually fall more or less because of this short-banning and rule-changing than it otherwise might have?

What is a proven fact, however, is that my buddy was unable to hedge his bank portfolio and instead had to bear a massive loss.

And also, the short ban had the effect of making all long term investors pay higher prices than they should have during this period. Bank of America spiked above $37, Wells Fargo spiked to $44, Citigroup approached $20, and JP Morgan Chase popped to near $50 per share. I've already blogged about that boob at Fidelity's Magellan fund piling into these overpriced financials in September. See Skim Biz Update - Fidelity Investments.

That's what market distortions do, they hurt everyone - buyers and sellers alike.

Don't even try to tell me that Goldman Sachs - who's really running the *bailout* - wasn't aware of the consequences of all this game-changing BS.

An audit of their books will no doubt show them *long banks* for the squeeze. I'd bet considerable money on it.
Posted by CaptiousNut at 9:09 AM