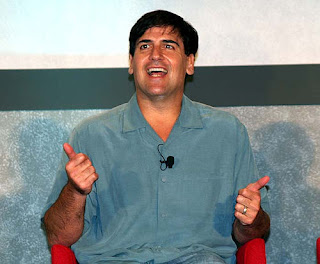 The wires today were abuzz with the report of Mark Cuban being charged with insider trading. Four people emailed or messaged me within the first hour of the announcement.

Put yourself in Mark Cuban's shoes.

You own a bunch of Mamma.com stock. They call you up and ask if you want to participate in another, dilutive offering (PIPE). Why are they raising more capital, you might ask? Why can't they get their act together? They should be able to fund growth from cash flow by now. This thing smells....so you think.

[Point of fact, EVERY SINGLE COMPANY that raised equity capital this year is trading below the *prints* - with the exception of Wells Fargo, for now.]

So if I'm Mark Cuban, I'm thinking I have to get out of this stock/investment. Is it technically illegal for him to sell now that he's learned of an upcoming PIPE? I'm no lawyer. I haven't the faintest idea. But such a law seems like veritable extortion.

Hey Mark, can you give us some more money ? No? Okay, by the way you can't take action on the knowledge of our upcoming dilutive secondary.

Can Mark even refuse the solicitation? How this works I'm not sure. Intuitively, it seems that by even courting existing investors for funds, Mamma.com was distributing inside information that rightfully should have been publicized first. Again, I'm no attorney - I'm just pointing out apparent inconsistencies.

So yes, if I'm Mark, I sell the stock. Worried about insider trading? No way. In the oft chance you ever get caught, you merely have to give back the profits - or in this case, the savings.

Don't expect for a second for Mark to settle on this one. He's a fighter; a self-righteous crusader if there ever was one. If anything, for a million or two bucks, I'm sure Cuban is basking in the notoriety of the moment.

Clearly, Mamma.com - which is now Copernic Inc, a bankrupt .28 a share company - clearly CNIC ratted Mark Cuban out. They're probably pissed at him; they probably blame his exit for their company's demise. Yes, this is how these clowns really *think*.

If this is indeed the law...if it's indeed true that large investors can't dump their stock before a dilutive print...

Then if I was such an investor, I'd be using caller ID to screen out management. 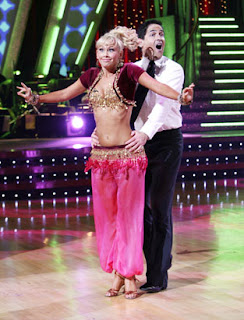 Okay, Forbes' article pretty much confirms everything (above) that I assumed about Mark Cuban. Who needs the news when I can infer the truth from blurry data points?

In the blog, Cuban writes, "I'm not going to discuss the good or bad of PIPE financing other than to say that to me it is a huge red flag, and I don't want to own stock in companies that use this method of financing.

"I don't like the idea of selling in a private placement, stock for less than the market price, and then to make matters worse, pushing the price lower with the issuance of warrants. So, I sold the stock."

Addendum - Cynics are alleging that this *case* is government retribution for Mark's new website bailoutsleuth.com that is seeking to shed light on, well, Wall Street's *bailout*. In less tumultuous times, yes, this is the crap they like to pull. BUT today I'm not sure the thugs are nearly coordinated enough to scheme for retribution. Make sure y'all check out that site - it's pretty interesting.
Posted by CaptiousNut at 9:21 PM

Mark got the call from Mamma because he was the largest shareholder, and you are frozen from trading on inside info until it becomes public.

I don't blame Cuban either. Insider trading laws are violations of the right to property and it'd certainly improve liquidity AND efficiency to allow insiders to trade on the knowledge they have. Prices are INFORMATIONAL.