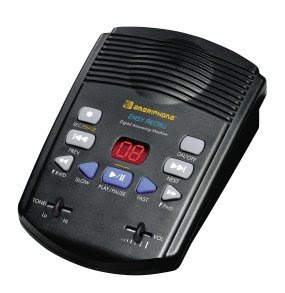 How many times have you called someone recently and had to endure the antiquated answering machine?

First, you have to listen to the message and perhaps wait an eternity for the *beep*.

They you leave a message that might or might not get noticed - if and when they do get home.

Me, I refuse to leave messages. I refuse to talk to machines. That's always been my policy. PLUS, I hate being blown off; my ego can't bear the unrequited call. I know they got my message, so why haven't they called back? That just puts me in the position of having to keep calling.

So keep calling is what I do - and I hang up sharply on that fourth ring.

What answering machines need is a text messaging option. Let us thumb-type "Call C-Nut" and have it show up on the machine or perhaps even forward it to their cell phone. Most messages needn't be longer than a sentence. Text can be read in a fraction of a second. But answering machines leave a opening for Morons (calling for your wife) to leave tediously long blathering messages that I can't delete fast enough.

I know we should be done with land-lines telephones altogether by now. But remember that they only work reliably in cities. Go suburban or exurban and there are still dead-spots galore.

I wanted to get rid of my land-line 3 years ago when we moved to Chestnut Hill, Massachusetts but couldn't because cell reception was so piss poor at our house. Plus my wife needs a solid phone line for when she's working at home on Fridays; she has conference calls galore. So we essentially spend $500 ($40 monthly) per year on her work phone. In this economy, we probably have to think about cutting that out.

I thought I mentioned it years back, but I can't find it on my blog. The Verizon store next to the Chestnut Hill Mall was also in a dead spot. So when you bought a new phone you had to go home or somewhere else to test it out!

I met a new guy in town recently. He spent nearly $800,000 for a nice house only to find out after he moved in that there was no cell coverage whatsoever anywhere near his home. This sucks because he works from home and calls clients all day long.

I've seen girls vet out apartments by turning on the shower in order to assess sufficient water pressure (for rinsing their hair)....

...but who'd think to test their cell phone before buying a house in an affluent area???

[Note - I did test the internet connections at the homes I considered renting. In Comcast-only territory I was nervous about sufficient bandwidth for my streaming stock and commodity quotes.]

There's no way Taylor has any clue where that song is really from.

Wikipedia says the answering machine was invented in 1935. Who knew?

Still, IMO it can't go the way of the dodo, the way of Blockbuster, fast enough.
Posted by CaptiousNut at 9:23 AM