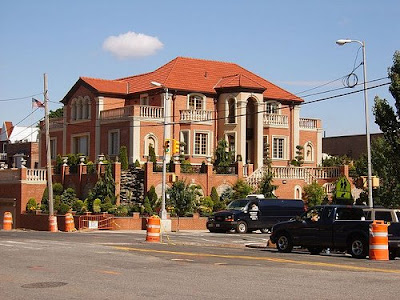 No, that's not a house on the Left Coast....that's Bay Ridge, Brooklyn - home of Tony Manero, aka John Travolta from Saturday Night Fever. Some guy on Flickr is calling it a "McMansion"; I would choose this as a better example.

Mr. Mortgage has an alarming post up today on jumbo prime mortgages.

Well, I guess it's only alarming to those who've been *obtuse* or asleep.

This story was originally released a couple of weeks ago but somehow did not make it to the blog. It goes hand in hand with the Moody’s downgrade of many Bank of America Jumbo Prime deals citing a 13% delinquency rate. This represents a total meltdown in the sector happening right now that nobody is reporting.

13% already? The layoffs are just starting!

In August I wrote Even Rich People Were "Victimized"!

And in Beyond Subprime which I posted 13 months ago. 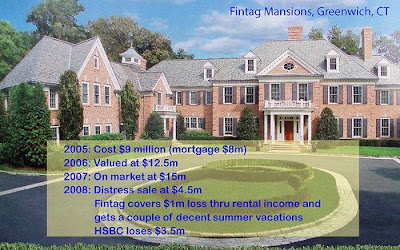 Get your SKF while it's cheap.
Posted by CaptiousNut at 9:06 PM