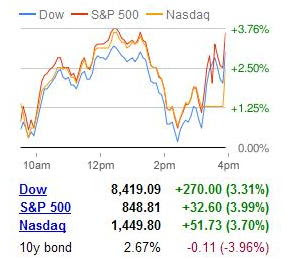 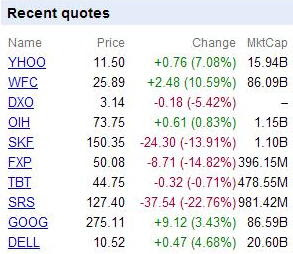 After a 40 point rise on Friday, I just knew that the UltraShort Finanacials ETF SKF would be volatile.

I also went out long the UltraShort Real Estate ETF SRS at 128.00. It's the first time I've touched that in a while. Remember, after I sold it, it skyrocketed to $295 a mere two weeks ago.

If Isreal bombs Iran, how high will DXO go?
Kfell

Not sure it would matter too much. I've been hearing about this *threat* for years.

I don't think there are any shorts in crude at the moment. That's certainly not bullish.