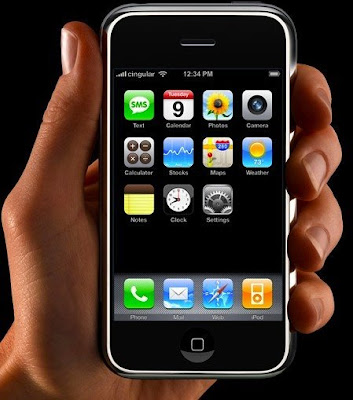 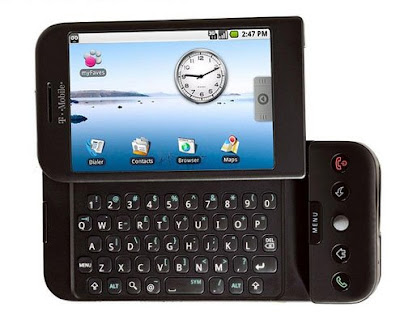 Each has a lock on a carrier: AT&T, Verizon, and T-Mobile respectively.

And the first two have huge leads over Google's Android.

But I wouldn't count out the upstart. Even if the Android doesn't supplant the leaders, it could very well wreak havoc on their margins.

Remember, here was a time not too long ago when EVERYONE had AOL dial-up internet service.

I suspect that at some point, there'll be so much *free* bandwidth in the sky that these phones will become untethered from cell service providers.

In technology, the long run has always been about *cheap* and *open source*, i.e. Google.

If I were to ever NEED a geeked up phone, I'd probably go with the one with the best web surfing capability. Is that the Android? I messed around with a couple Androids over Thanksgiving and they seemed pretty functional.

I need good web access so I can read blogs, write blogs, and enter trades when I'm out at the park, the library, or ballet class with the *moms*.

My Verizon contract isn't up for 11 months so I'm going to wait a bit.
Posted by CaptiousNut at 8:02 AM