Why Passive Investment Is Doomed 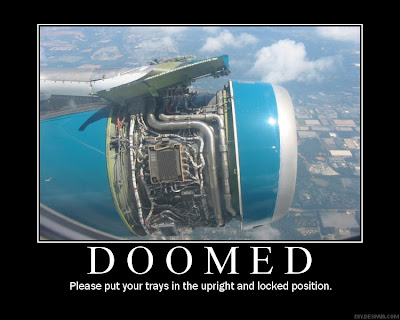 There was never a doubt that this deal would be approved. From Merrill's standpoint, shareholders realize they are bankrupt without a lifeline.

And from Bank of America's standpoint, all dissenters have long since sold their stock.

According to Bloomberg, all the directors skipped the votes. What a cravenly display by these Morons!

Every Merrill Lynch & Co. board member except Chairman John Thain skipped the final act in the 94-year-old firm’s history, failing to appear for a shareholder vote on its sale to Bank of America Corp.

The board has presided over an 88 percent plunge in Merrill’s stock price from its high in January 2007. Writedowns on subprime mortgage-related bonds stuck the firm with five straight quarterly losses totaling $24 billion.

In Bank of America’s hometown of Charlotte, North Carolina, board member Meredith Spangler was the only director apart from CEO Kenneth Lewis to attend a separate meeting today where the bank’s shareholders approved the purchase. Bank of America has completed more than $100 billion in takeovers during the past seven years.

Note that Meredith Spangler is some 70 year old *old bag* on BoA's incompetent Board of Directors. Why don't investors sue her and the rest of them for gross fiduciary negligence? Did she really make $942,774 for sitting on the Board last year?

The apathy and infamy of absented directors at these shareholder meetings demonstrates far more than the fact that such positions are merely *politically correct* sinecures.

This sorry spectacle proves that public companies - as they are structured today - fail to protect the *passive investor*. The whiny masses and the socialists from Big Media often inveigh against corporate *management* - how it's a bastion of cronyism; how executives are only out to enrich themselves in the short run.

While I'm AGAINST class warfare and those who traffic in envy, I have to agree in part with that sentiment.

BUT, corporate malfeasance is only half of the equation.

No one can rob you if you don't tote a wallet in their presence.

The fact remains, Morons blindly dump money into index funds and mutual funds every month, and every year. They just want to sit back and trust the fund manager or the government to do what rightfully should be their own due diligence. 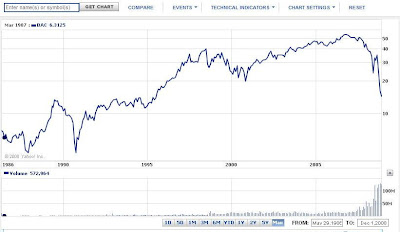 Bank of America traded down to 10.01 two weeks ago - a near 17 year low. Ken Lewis still has his job. If that doesn't tell you the system stinks I well don't know what would.

The analogy that comes to mind is Massachusetts and its elected-for-life politicians like Barney Frank and Ted Kennedy. The socialists up here drove away all free enterprise and in doing so, they effectively solidified their control.

Say you're a large institutional shareholder of Bank of America. You think a proposed takeover is stupid (e.g. Countrywide, Merrill, MBNA, Lasalle Bank, US Trust,...). Sure you could raise hell at a shareholder meeting or drum up some negative publicity but what exactly would that accomplish? A profoundly stupid deal implies profoundly stupid management. You may well succeed at blocking the dumb business decision du jour but what kind of long term plan is that? Once someone (Ken Lewis) has revealed himself as a complete Moron, it's only a matter of time before another disastrous business decision. One must read the writing on the wall and sell the stock.
Posted by CaptiousNut at 7:38 PM

I own BAC at an average price of $11.xx, just hoping the div holds up or I will discard it like medical waste.

If it goes to 10 again I'd probably buy down there again.

Oh man, I have been explaining this to everyone (read 'old coots') and they just refuse to alter their methodologies...buy and hold is dead! Long live volatility!