The FHA's share of the U.S. mortgage market soared to nearly a third of loans originated in last year's fourth quarter from about 2% in 2006 as a whole, according to Inside Mortgage Finance, a trade publication. That is increasing the risk to taxpayers if the FHA's reserves prove inadequate to cover default losses.

Most people don't know that Fannie Mae is effectively still functioning - only under a different name. As Fannie went down, they just ramped up FHA loans. To give you an example, in my tony town on the South Shore of Boston, one can buy a $500,000 house with a 3% downpayment through FHA. At least that's what a local real estate broker enthusiastically told me.

3% is a joke, even if the house *flat-lines* in price, the owner/borrower has no incentive to stick around for a sale because a real estate commission alone will knock 30k of proceeds off. In other words, the buyer who could only come up with a 15k downpayment in the first place, would have to go further in their pocket (another 15k or so) just to make a legal sale.

I believe there are a lot of *speculators* using FHA today - particularly in Florida. With 3% down, they'll have no *skin in the game*, they'll have no disincentive from *walking away* should the market deteriorate further.

If you can stomach it, here's the lying propaganda straight from the FHA:

Why does FHA Mortgage Insurance exist?

Unlike conventional loans that adhere to strict underwriting guidelines, FHA-insured loans require very little cash investment to close a loan. There is more flexibility in calculating household income and payment ratios. The cost of the mortgage insurance is passed along to the homeowner and typically is included in the monthly payment. In most cases, the insurance cost to the homeowner will drop off after five years or when the remaining balance on the loan is 78 percent of the value of the property -whichever is longer.

How is FHA funded?

FHA is the only government agency that operates entirely from its self-generated income and costs the taxpayers nothing. The proceeds from the mortgage insurance paid by the homeowners are captured in an account that is used to operate the program entirely. FHA provides a huge economic stimulation to the country in the form of home and community development, which trickles down to local communities in the form of jobs, building suppliers, tax bases, schools, and other forms of revenue.

Read that initial WSJ quote again at the top - FHA accounted for a whopping 33% of new mortgages last year! And their default rate is up to 7.5%!

This is disastrous on its face - without even going into those fraudulent *downpayment assistance programs* where these borrowers, through financial sleight of hand, don't even put down the 3%.

The seeds of the next foreclosure *crisis* are sown....and note that it is springtime. 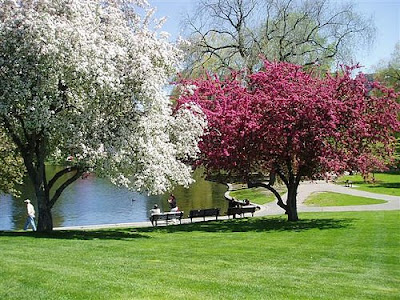 I really want this company to go down...

Ironic that an organization created to foster home ownership is having the opposite effect.
I'd expect prices never would have risen so quickly had significant down payments been required.
I'd also expect much lower default rates from people with large amounts of their own money at stake.

what does it tell you when Citi even recommends to buy puts...

I'd feel more comfortable about my shorts if they were bullish!