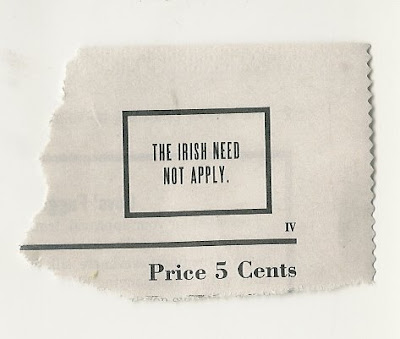 Sure, there are chronic categorical victims.

But it's not always that way.

For example, my wife had to pick a couple of people from her staff of forty to layoff. Here, she was obviously playing *god* with people's livelihoods in this imploding economy.

When it came down to a few married people (with children) versus someone who was single she picked the latter based not insignificantly on that very distinction.

This case defies the perception, generally speaking, that family-men/women, because they can't travel as much and work as late, are discriminated against in the workplace. Perhaps family people have a leg down in the hiring process but fare better once they're on the payroll?

Here's another example from my real estate agent buddy in Naples. He recently hired an assistant (and then another). One of his 50 applicants was incredibly qualified but over-the-top gorgeous and built to boot. She was among other things a former yoga instructor. Despite resounding competence, and absolutely *begging* for the job, my buddy refused to hire her.

He's a married man and probably wants to keep not only his focus at work, but his thoughts *pure*, and wifely suspicion to a minimum.

Poor girl. But at least she can still speed with impunity when she drives - for a few more years anyway.

I've also heard whiny complaints from some *hot* women that men are often intimidated by their looks; that dudes are afraid to approach them at bars and whatnot. Whatever, these broads remain far down, maybe at the bottom, of the sympathy chain.

On correlating *good looks* with *workplace competency* I have one personal anecdote:

As an undergrad at UPenn, I was a manager (work-study job) of some residential facilities. I had to hire 9 other students to work for me. I must have gotten 50 or so diverse applicants. Yet my staff ended up being 8 chicks and 1 dude. What I did was glaringly obvious to everyone but I didn't care one bit. I was 20 and wasn't exactly focused then on philosophy, religion, and the state of world affairs if you catch my drift.

As it turns out, if you were to stack-rank my employees (the dude excluded) on job performance, and then again on *qualities important to the superficial male*, the lists would be perfectly inverted. And at the extremes, the young lady who was easiest on the eyes turned out to be a lazy, entitled b*tch; while the homeliest one was a world-beater.

One of my good friends ended up marrying the world-beater. He himself was considered a very handsome man - and always had plenty of *social* options. We all shook our collective heads at his choice. What the bleep was he thinking?

Turns out, he made a sagacious, farsighted decision. As a profoundly lazy person himself, in choosing the ugly, sturdy duckling, he set himself up for life!

Mrs. C-Nut maintains that her *pretty boy* employees have, over the years, been some of the worst.

And Will Durant asserted that *extreme good looks* were a handicap in life.

Whatever, I shall overcome.

See also - Nanny Criteria.
Posted by CaptiousNut at 8:16 AM

Email ThisBlogThis!Share to TwitterShare to FacebookShare to Pinterest
Labels: jobs