Homeschool Evangelism - Shaming Others For The Welfare Of Their Children 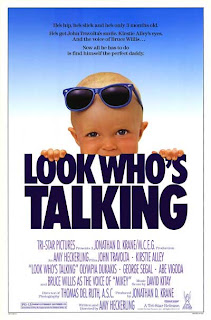 This weekend my wife was at the store with our 4.25 year old.

He espied a girl from his *pre-school*:

Prince C-Nut - Hi Sally,.....HOW WAS FLORIDA? Did you go to Orlando or Naples?

Now this girl's dad was blown away by my son's conversational/geographical aptitude. Of course he had to *answer* for his daughter. Most of my son's age-mates can barely say hello or state their name - they definitely can't discern or expound on the difference between Disney World and 'old coot'-ville Naples.

And the other day at the library some kid had a shirt on that read "Cooler Than Ice". I grabbed the Prince and made him read it - which he did competently on the spot. The father of the other boy exclaimed, "HE'S READING?!?!?!"

And here's the last example, just from the past week. Some other *mom* brought her kids over for a *playdate*. One of the girls was a bit older than the rest of the brats. Thus she was *bored*. So my wife grabbed her and said, "Hey let's read a book. Let's read Madeline..."

But the young lady, despite being 6 and despite attending a $22,000 per year kindergarten couldn't read. In fact she couldn't read ANY of the words. My Captious 4 year old was blurting out the story over her shoulder right in front of her, hopefully embarrassed, *mom*.

A lot of prospective homeschoolers fret that they won't be able to teach their kids ALL of the subjects; that they're kids might very well miss out on *something*.

If you start them young; do a little work everyday like Kumon books; you'll end up like me. Your kids will be so far advanced, at such a young age, that such a fear will become laughably remote.

Well fears of inadequacy will become remote for you, but not for the other parents who come into contact with your children.

Then they'll be deflectively blaming *the school*! 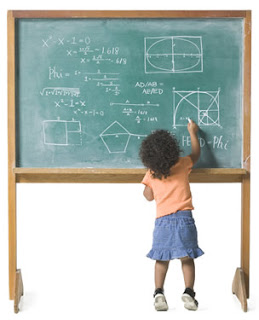 Last year, after my son displayed some advanced erudition at a friend's house, the mother there got scared. She got scared that her husband would find out how *behind* their Montessori-educated child was in comparison. Serious, she said, "Oh boy, I hope [husband's name] doesn't find out....he'll be furious."

Good for that *dad* anyway. At least he has some expectations for the $34-per-hour education he's paying for.

Convincing someone to homeschool is not anything that can be easily accomplished with words and persuasion. That's why I encourage people to read John Taylor Gatto, to start the Kumon books, etc. - this way, the parents will soon realize how infantilized the school systems are by comparison. They will see as plain as day how low institutional expectations are compared to their children's capabilities.

One other point I want to make about my son's precocity is that except for 5 hours per week, he's with me, a competent, complete-sentence-wielding adult all day. The other kids who are *daycared* are stuck with a bunch of juvenile, mute mush-heads all week long.

I'm telling you. All these preschoolers who've been age-segregated, they can't even speak - which is a curious deficiency for those presumed to be developing *social skills*.
Posted by CaptiousNut at 3:09 PM

Can't wait for the day Prince C is managing my investments. Probably in about 10 years or less, at the current rate he's absorbing things!

Screw that. 10 yrs and my brokerage account will be in the pennies. How about now? He can't do any worse than I have the last couple of weeks. Does Prince C have a lower management expense than Fido?

I think most parents underestimate the dumbing down power of the idiot box. Instead of engaging the kids with projects or conversation, we stick them in front of the tv. I agree schools are a disaster but parents can mitigate this issue by getting involved with the kid's work and providing structure at home.

I hand him my change when we come home. If he adds it up correctly he can keep it. It's good addition and multiplication - plus good life prep.

Don't underestimate the value of the "life prep" lessons learned on the standard school playground - WITHOUT Daddy within earshot.

After all, when other countries decide not to buy our products or out debt or sell us their products cheaply, what's the ultimate lever? we give them a punch them in the nose, that's what. Just like on the playground.

Sooner or later, the Prince has to learn to give and take a beat down. Tougher to do that when homeschooling. And don't say there's effective socializing with other home schoolers because you're talking about the children of mostly a bunch of hippies and the kids are probably second hand stoners at this point.

then again, hippies are not bad at taking a good beat down.

Believe me, I'm on top of worrying about my kid's ability to fully take care of himself.

I think you're mistaken if you think that is *what is taught in schools* or can only be taught there. Or, that it's worth all the BS, waste of time, retarded learning, age-mate peer pressure, loss of quality family time, rigid life scheduling, etc....to send a child to school simply for playground conditioning.

I grew up in a lower class area. If I learned to fight, it was in the neighborhood, not in the schools.

In the tony town that I live in now, I'm not so sure that the school is rough enough to teach nose-punching anyway.

Again, my son already has a wider berth of experience/learning than his age-mates - and the gap will only widen under his parental curriculum.

Would you consider formal instruction in karate sufficient to teach *nose-punching* and whatnot? My 4 year old son is already in his second session.

Getting back to the playground. Its educational qualities ought to be judged *in net*. In other words, there's also a whole lot of crap kids pick up from age-mates besides allegedly learning how to defend themselves.

99% of people want to believe that they learned SOMETHING all that time in schools. So they're apt to ascribe intangibles to the experience.

I graduated early from an Ivy League school with double major and with a Latin phrase on my diploma. Conventional educational metrics said I was smart. But a few years ago I realized I was thoroughly uneducated (thank Will Durant). Instead of arguing with that conclusion, I accepted it, embraced it, and took action to rectify it.

Most people can't do this. Most people are afraid to examine and admit their weaknesses and inadequacies. They're hamstung by ego; few humans are willing to wrestle the notion that they may be Morons.

Very cynical C-Nut. Be careful about criticizing the govt means of keeping the citizenry controlled. The fairness doctrine could be imposed and you will have a bunch of public school teacher apologists on here defending the other side of the coin.

You know, I think a few years ago, the public school fascists were capable of *banning homeschooling*.

But today they are in-capable.

Over the next 10-15 years, government schools will be in somewhat of a death spiral, IMO.

I get the sense that these days, local school districts, instead of defending their *turf*, are eager to have fewer students to pay for.

"Sooner or later, the Prince has to learn to give and take a beat down. Tougher to do that when homeschooling."

Is this a joke? Are you unaware of the fact the you are NOT allowed to defend yourself in schools nowadays? At all?

I remember very vividly being suspended for punching a fifth grader who was pushing my baby sister around (I was in fourth grade). I most certainly did not learn to fight from school. All I learned was that you will get in trouble for defending yourself. This is becoming more and more common as most schools now punish everyone involved in a fight.

Also, why would you send someone to school to learn how to "take a beat down"? Seriously? I know this is old, but it blows my mind.