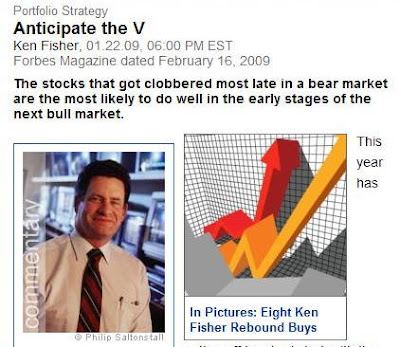 Today, while treating myself to a fantastic, well-earned, solitary lunch, I was flabbergasted, shocked, and awed by the stones of Forbes' Ken Fisher and his latest column - Anticipate the V.

For those of y'all unaware, this perma-bull's perma-bull got his (investors') clock cleaned last year. He didn't just recommend stocks that *underperformed* - he picked tickers that essentially zeroed out!

In this early year issue of Forbes, it was his turn to visit the confessional and to publish his 2008 *performance*. And let's just say he undertook the task with less contrition than O.J. Simpson! 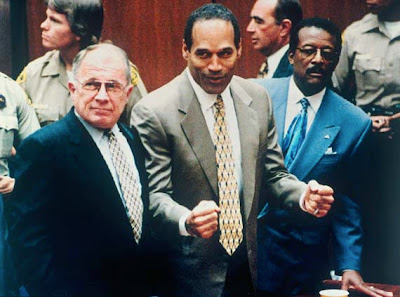 There is such a thing as legitimate *contrarianism*, BUT what we have here is a classic case of *denial*.

This is the type of illogic Morons use in offering *government failure* as an argument for *more government*!

Did we hit absolute bottom Nov. 20? Maybe, but I can't be sure; no one can be sure when a bear market is really over. Those who think they have some formula for precisely calling bottoms are fools. What I am pretty sure of is this: When the market rebounds, a lot of its gains will take place in a very short span (like two months or less), and people who are too cautious will miss most of these gains.

Bottom-callers? Who are these strawmen exactly?

This is really just cover for Ken to trot out the stock money-manager BS sales pitch....

"Just keep buying, every month, so that I have predictable skim revenues. Just keep dreaming thinking about the long run. In fact, don't even look at your statements. Thanks."

By the way, a mere month after the ink on this column dried, both the Dow and the S&P 500 have breached their November 20th lows.

Bear markets have been typically followed by bull markets in a V-shaped pattern. The steeper and bigger the decline, the sharper and bigger the subsequent bull move. The few exceptions to this pattern in the past century have involved the emergence of completely different bad forces than the ones that created and contributed to the bear market.

Errrrr, what about Japan? 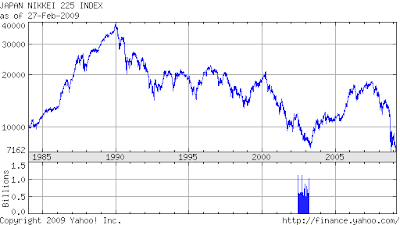 First of all, Ken predicted a year ago, that "America should do well in 2008". Read his 2008 forecast - We're Too Gloomy and recall that the market dropped a whopping 38.5% last year.

Secondly, Ken, after getting his *forecast* totally wrong, displayed a complete ignorance of why the market fell apart. For example, he recommended Citgroup at 25.00 which promptly imploded (now 1.50); then with the banking sector's problems even better advertised, he STILL pumped Bank of America at 34.00 late in the year. (BAC traded 2.51 two weeks ago!).

So even though he couldn't foresee or even identify last year's *bad forces* while they were smacking him in the face, Ken arrogantly brushes off the risk of any new ones coming down the road. He's unbelievably self-unconscious!

How were my results last year? In line with the market's--which is to say, not good. Starting with 1996, Forbes' statistics department has prepared an annual accounting of each stock-picking columnist's picks versus the S&P 500. Over those 13 years my column has lagged the S&P 500 three times, and 2008 was one of them. The others were 1997 and 2002.

His long term record? I thought this column was about his 2008 *performance*?

Watch, the hair-splitting has only just begun:

During 2008 I recommended 57 stocks. Equal money in each of my picks when first published less a 1% haircut for transaction costs would have lagged equal amounts in the S&P 500 by 1.1 percentage points (without a commission haircut).

So what exactly was that percentage-return that he lagged by a mere 1.1% return?

Of course he won't say. You see, due to the way Forbes calculates this number (i.e. equal amounts invested in the S&P 500), his gross percentage return could have been even grosser than the 38.5% annual drop in the S&P 500 index (a benchmark number which he conveniently leaves entirely out of his column). I'm sure if it was better, he'd have mentioned it three times - at least. Note John Rogers posted the full data in his mea culpa. 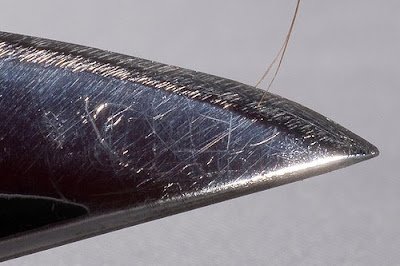 That lag came from the first column (Jan. 28), which had my two worst stocks. AIG collapsed 97% because of losses on credit default swaps at a time when accounting standards demanded quicker recognition of such losses. Brazil's Aracruz Cellulose lost 84% as demand for its pulp shrank in the face of recession.

My picks were a hair ahead of the S&P until Dec. 29, when Rohm & Haas shriveled amid fears (unfounded, it now seems) that Dow Chemical (nyse: DOW - news - people ) might not complete its takeover of this company. Despite this setback, Rohm & Haas was my best pick, up 36%. Other double-digit winners for me last year were NTT Docomo, the Japanese phone company; Logitech International (nasdaq: LOGI - news - people ), a maker of cordless pc devices in Switzerland; Repsol, the Spanish oil company; and Travelers, Wal-Mart (nyse: WMT - news - people ) and John Wiley & Sons.

In an overall down-40% year, he wants to highlight his double-digit winners? Is he freakin' sick? Does he think his readers and investors are Morons?

And, how about him using the expression *a hair ahead*?

Hah! I guess even he admits to the hair-splitting.

Is that what he's paid to do? Track the market????

You bloody-well killed your investors!

The very least you can do is admit YOU were wrong - and apologize.

I also mentioned Ken Fisher back in November in - Yee Haw!!! - Riding the Wall Street Bull.
Posted by CaptiousNut at 9:15 PM

Totally agree with what you're saying, unfortunately all it will take is one, multi-week mini-bear market rally for someone like Fisher to feel like he's been vindicated in his bullish premonitions and it'll be back to zero as far as developing inhibitions go.

If the terrible economy doesn't kill me, watching all the absolute idiots (and rotten thieves) who will continue to cheer(lead) us all through our doom despite being dead wrong probably will. I seriously might have an anxiety attack. How is it that I make less than $50,000/yr taking orders from some dingbat in customer services while a total ma-ROON like Barack Obama is "ruler of the free world" and is being paid $59,639,889 a year to run the country into the ground.

Is their justice in the long run? And if so, how long is the long run, and why should I or anyone else wait for it to see justice?

When I graduated from University (do I sound like a Euro?), all we hoped to make, AT BEST, was 36k. That was considered a top-notch starting job.

Mind you, I matriculated from a far better school than NYU!

You are waaaaay overpaid.

I couldn't agree more that I'm overpaid, and my figure didn't include the benefits I've milked which are easily worth 20% of that figure at this point.

Don't forget to adjust for inflation!

Seems unfair to me.

uh oh, I am starting to sound like a pinko BO lover, oh SHI-

This 'Kenny-boy' should be 'Anticipating the jail cell', for violation of fiduciary duty.
Besides, bottom-pickers only end up with stinky fingers.

But he's using other people's fingers!

Ken Fisher is no criminal - that I can tell of.

He's just a sophisticated skimmer. So long as he merely bilks the willing rich, I have no legal issue with him.

Ken Fisher is a billionaire.
Maybe he's not quite so stupid as you make him out to be.

By your logic, would that make poor people stupid?

I used to think, not too long ago either, that money was an important badge of intelligence.

Then I remembered Oprah!