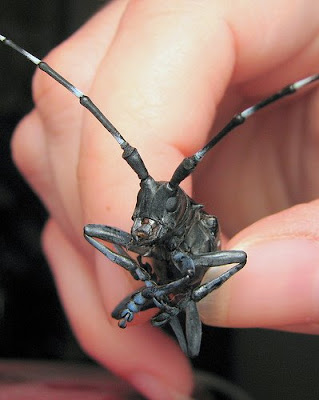 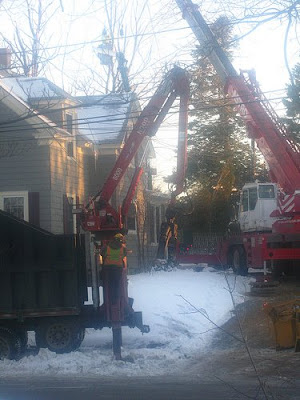 I just found out there is a Chinese beetle ravaging my hometown of Worcester, Massachusetts.

Government agents have deemed it such a threat (to Maine and Vermont forests) that they have set out to eradicate the alien invader. They have taken the license to cut down all infected trees (17,000 so far in 2009) whether they are on public land on private property.

In short, the eco-Feds have decimated whole neighborhoods. Streets that were once tree-lined with 50-year old maples and oaks now look like tornado victims. Homeowners have no say - no appeal in the matter. Many have been reduced to tears.

[I remember about 30 years ago when they paved our streets. Government agents felled two magnificent trees on the corners of our property. My mother was absolutely hysterical.] 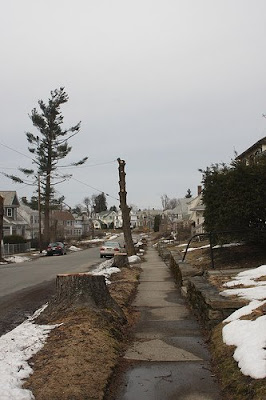 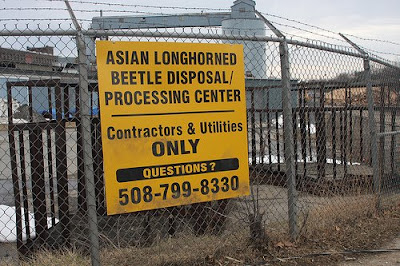 This story reeks of BS. This so-called Asian longhorned beetle has been in this country since 1966. If eco-Feds couldn't stop it in the past 43 years, how do they get off claiming the ability now to *eradicate* the bug?

There are no natural predators to control the beetles?

Whatever. Trees need to learn how to adapt.

It's utterly amazing how often these hypocrites want to suspend evolutionary processes. What ever happened to *survival of the fittest*?

There's a little article you can read here.
Posted by CaptiousNut at 2:42 PM

ever heard of Dutch elm disease... how well did trees adapt to that?

Maybe the trees have devolved to the point that they cannot build resistance to the beetles.