Picked Off By Blockbuster 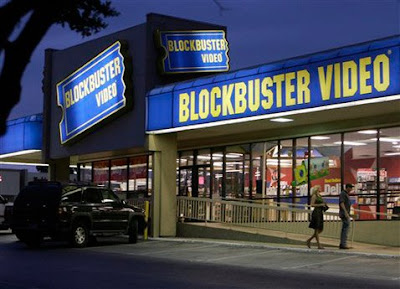 Last Tuesday, just after lunchtime, I stopped by Blockbuster with my kids. We rented the all-time classic 80s kids' flick - The Goonies.

The clerk there talked me into joining and anteing-up for the *Blockbuster Rewards* program.

So what do ya know?

I get home later that afternoon and see headline rumors about Blockbuster filing for bankruptcy. 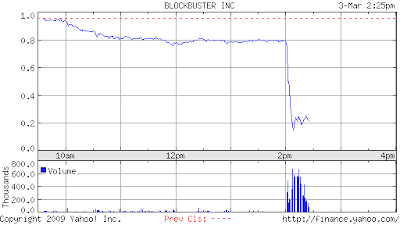 Look at the intraday chart above. Seemingly, once they got my $10, they decided to *file*!

Alright, they haven't officially filed yet, but it won't be long.

25% of the float is shorted even though this turd trades well under a dollar per share.

Adding insult to injury,.....The Goonies was all scratched up. We had to skip the best part where the kid gets to make-out with his older brother's girlfriend.