Ramping Up The Homeschooling 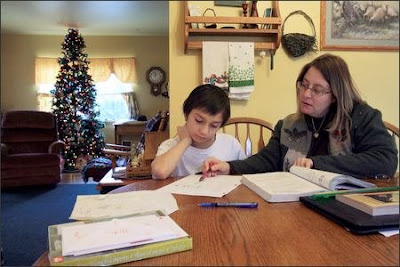 We rejected that fine arts' preschool application for my son.

There are just too many better avenues to pursue.

Last night I drove 40 minutes to meet with a homeschool support group. I'd been lurking on their online forums and just wasn't ready to jump in and participate - given the ages of my kids 4.25 and 2.75.

But next year my daughter will be past that *disruptive* age, hopefully anyway, and we'll probably immerse in this local, albeit far-flung, network.

The group leader seems pretty nice and quite experienced; she has five kids from age 8 to 21 whom she educated *outside the school system*. This particular group, like probably most other homeschooling networks, has all styles of teaching and all ages of kids represented. They have children whose parents pulled them out of school in the later grades and those with mere preschoolers. They have liberal crunchy types, religious families, the musically inclined, etc.

I think a big part of it is they all want their kids to associate in a multi-age setting with other kids who haven't been *anti-socialized* by mass schooling. [More on this in a subsequent post.] 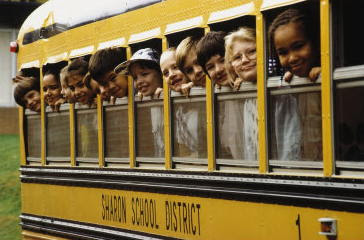 Apparently 20% of all library usage is by the homeschooled now.

The moderator of this local group - who started it six years ago - says she now fields calls every single day from new people who're interested in homeschooling their brats. And she said most of the parents have *pre-schoolers* whose kids will never set foot on that Earth-scorching, rolling yellow penitentiary.

Her money quote of the evening:

"Those public school systems have no idea about what's NOT GOING TO HIT THEM in the future."
Posted by CaptiousNut at 10:22 AM

I forget what you said about how long you plan to homeschool your kids but would you ever consider sendign them to a certain Jesuit run institution for high-schoolers? I was just curious.

High schools are most probably out.

Some of them have good *activities* but I am dead-set against mass schooling - no matter who's calling the shots.

Besides, I've been underwhelmed by everyone I've met from the local Jesuit high school - BC High.