Give The Morons Some Credit 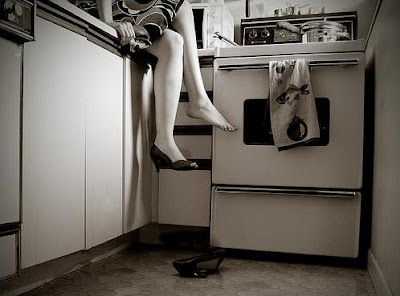 Many antsy stock market bears have their hopes on *the next shoe to drop*.

So what could it be?

For a couple years now I've mistakenly thought it would be a pop of the US Treasury bubble. [I still have TBT and time will tell.]

Next up might be a municipal meltdown - how about the State of California?

It could be the final nail in General Motors - though this might already be priced in. The political will to write Detroit checks just HAS TO BE waning, right?

And it could always be another high-profile bank implosion. 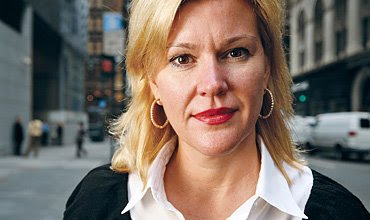 Meredith Whitney, that noted blond bear recently asserted that *credit cards* are indeed the next dropping shoe for the equity market.

Between un-recoverable defaults and credit retraction, those plastic cards which have been conflated with hard currency will be cut in half, both literally and numerically.

Credit cards may seem small compared to the aggregate mortgage market, BUT....

With nothing to foreclose on, bank losses on them are 100%, at least.

And, the retraction of credit is destroying all the junk-sellers (Circuit City, Big Auto, Linens N'Things, malls, etc.) and fueling a spiral of pain. Retailers are going bust and slashing jobs....which in turn hurts these lazy 'new coot' Morons who are trying to pay down their credit card bills. This whacks commercial real estate; which in turn whacks investors and pension funds, private equity shysters, insurance companies....and investment banks, and commercial banks. And so on and so on. If only credit card losses were *contained* to a narrow industry! [like subprime, couch, cough]

Look at two of the pure-play credit card biggies, American Express and Capital One:

I sure wish I kept that COF short from the 50s last year!

Note that while AXP and COF allegedly represent opposite ends of the creditworthiness scale, that the two charts are near mirror images.

NEW YORK, March 16 (Reuters) - Capital One Financial Corp , one of the largest issuers of MasterCard and Visa credit cards, said on Monday that credit card defaults rose in February in the United States as job losses accelerated and unemployment soared to a 25-year peak.

In a regulatory filing, the company said the annualized net charge-off rate -- a measure of credit default -- for U.S. credit cards rose to 8.06 percent in February from 7.82 percent in January, while the rate for loans at least 30 days delinquent increased to 5.10 percent from 5.02 percent.

How exactly are they going to absorb those massive losses?

I suspect that credit cards are like mortgages in that a few bad apples are responsible for the bulk of losses. In other words, it's not like the card companies are *writing off* 8% of everyone's balances. It's more like one of every 12 people is revving up their balance to the max and simply walking away.

I remember years ago when I first learned about *credit card debt*. I had a friend in Philly who was dating an older broad from Kensington. Of course she would never tell anyone that specifically....no, she was from *The Northeast*. One day my buddy informed me that she owed 60k on her credit cards and I instantly fell awestruck and dumbfounded. Her house wasn't even worth that much. Why the bleep did the card companies ever extend her that much credit to begin with?

Of course back then, I was innocent of the concept of *securitization* and also of *greater fool* financial schemata. 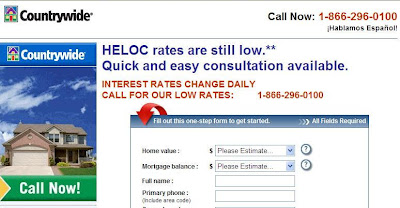 To wrap this post up I want to make a tangent to HELOCs - so-called home equity loans.

Back in 2006, Ken Lewis at the Bank of Morons, decided to write about $110 billion in HELOCs. This vintage is proving, and will continue to prove utterly disastrous for two simple reasons:

1) These loans are essentially unsecured by any actual *home equity* AND also by their secondary lien status.

2) These loans are trading at 5 cents on the dollar because of the demographic who purchased them.

You see, a great proportion of 2006 HELOC borrowers took the money out to PAY THEIR 2005-vintage mortgages!

This was the case for my landlord who added at least four secondaries (perhaps more) to his four properties as the bubble was bursting. In the past 1.66 years that I've been here, he has in fact been using that secondary lien money to pay down primary debt. [And drive $80,000 cars, etc.]

Other people I know in my circle of family, friends, and enemies (biggest sub-population) have done likewise. Invariably, those in fiscal straits also have *two mortgages*.

The first step is to bite off more house than one can chew.

Next, blunt that mortgage with a HELOC.

Then, or concurrently, let those credit card balances skyrocket.

Followed by, a loan against your retirement account. [25% of the public has done this!]

Then, at the end of the rope, only the lucky can tap mom and dad for a lifeline.

But getting back to credit cards - while my argument may be overly anecdotal, don't ignore the trenchant logic of it all. The people who have run up their credit cards are already surrounded by debt and all but exhausted of means. Meredith Whitney is correct, the losses will be staggering for the banks.

By the way, that last graphic above of Countrywide advertising *bilingual*, *quick and easy*, *low rate* HELOCs is not from the bubble years; it's not even from last year.

That's on their site right now!
Posted by CaptiousNut at 8:33 PM

I thought for sure there was going to be something about me in this one.

I thought this was interesting...

Lots of anecdotal evidence about shrinking lines of credit, account cancellations, etc.
Looks like credit card issuers are scrambling to reduce their exposure -- too late!
It's hilarious to read the media reports suggesting the above actions are somehow violating card holders' constitutional rights.

Picked up more faz near the end at 35.65. My cost basis is terrible. I am wondering if we are going to see a mid year rally like last yr with the bottom falling out in the last quarter or so. It just seems that everyone is ignoring all the doom and gloom and any type of good news is completely overblown.
Kfell