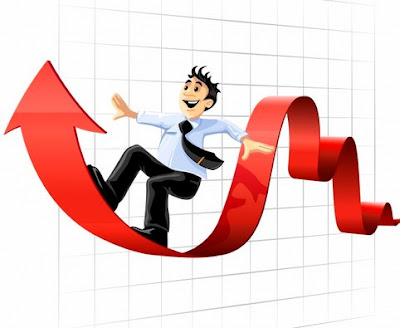 Recently a friend of mine, a proprietor of a small but highly lucrative consulting firm, told me:

"Business is good. My revenues are much higher this year but my profits are down."

My eyes rolled. Who gives a bleep about *revenues*?

His *revenues* are higher simply because he hired more consultants and billed more hours. His profits are down because he got lazy and did less of the work himself. Knowing his still lofty income and the toil of weekly travel I don't blame him for disengaging a bit.

But the misplaced obsession with revenue these days is rampant - especially in corporate America.

In the current witch-hunt against million dollar bonus recipients Wall Street has in unison defended its right to compensate - not profit producers - but *revenue producers*. Here's one exec:

I think there's a lot of emotion around bonuses, and legitimately so," said Robert P. Kelly, chairman and chief executive of Bank of New York Mellon Corp. "If you think about the average American, their house price is down, and they don't have the same level of job security that they had in the past, so people are angry."

But Kelly said increased scrutiny should be directed at top executives and policy makers at companies, not "revenue producers" like traders, who are effectively following the orders of higher-level managers.


Likewise, Citigroup only wants y'all to look at its revenue:

In a letter sent to employees Monday, Citi Chief Executive Vikram Pandit said the first-quarter performance so far has been the bank's best since the third quarter of 2007 -- the last time it recorded net income for a full period. Based on historical revenue and expense rates, Citi's projected earnings before taxes and one-time charges would be about $8.3 billion for the full quarter.

Pandit declined to say how large credit losses and other one-time items have been that would at least partially offset profit.

And what does he mean by *one-time items*? Does he mean those that take a bite out of profits ONE TIME PER QUARTER - EVERY QUARTER? 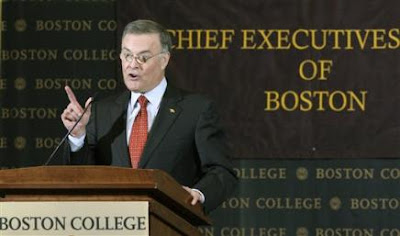 I don't feel good about the $500,000 cap. And it's not about me—I'll take $500,000. However, you will have talented individuals, particularly revenue producers, going to foreign banks and other asset management firms. That's a problem.


And he's weighed in on *revenue* for his entire bank:

Looking forward to this year, Bank of America should generate....close to $50 billion in pre-tax, pre-provision earnings( 2009).

There they are again with those nettlesome loan provisions.

So why the misplaced obsession with *revenue* from employees all the way up to upper management?

Because *net profits* are not their concern. That's the annoying, disjoint business of stake-holders. It's a problem for equity and debt holders.

We can also indict the revenue fetish this way - consider that Big Business has descended to the mindset Big Government with its single emphasis on top-line confiscation: 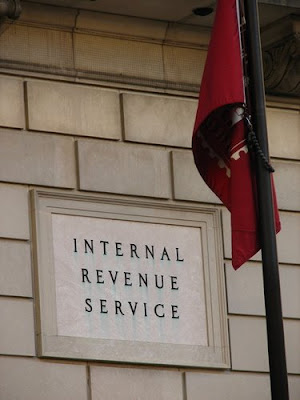 Also, there's this perverse obsession with mere revenue because that number, and that number alone, sets the parameters for SKIMMING.

For more on *skimming* visit:

The Skim Biz Takes A Hit

Fidelity - A Mess
Posted by CaptiousNut at 11:19 AM

Skimming sounds like a lucrative business. Isn't that term an apt description of the "bail out" bills for the rich and infamous?

You have to generate revenue before profit. Low margin business is better than no margin business. One way to fight declines is to seek out lower margin business to tide you over until the better margin stuff comes around. Do what you have to do. That is one reason why you see such an emphasis on revenue these days.

On one level I don't consider low margin endeavors *businesses* at all.

Unless inventory and operating costs are negligible.

Not being in a physical business it might be an odd concept. I am not sure I can explain, nor am I sure you care, but let me try anyway. There are really two things I am after by seeking low margin business. 1. It drives cash flow. You know what happens when you run out of cash. 2. It also helps reduce your inventory costs by turning it over faster. the more of an item you can make or buy, and I do both, the less they cost. Most businesses have fixed costs-overhead along with minimums they have to meet to order product and raw materials. If you are under utilizing your resources-inventory, space, machinery, staff, etc, you need to either reduce it or find new business. You can only reduce costs to a certain point-once you are there you need to increase revenue in any way you can. Otherwise what do you do? Close up shop? Maybe for some, but not me. If your low margin business takes away from your high margin business then you are in trouble. As long as it adds on without taking away it is fine. Of course, when things are going well you don't seek out. When times are tough you are more open to exploring it.

Maybe a little disjointed-but that's the basics in a nutshell.

When you sell an stock, ETF, option, etc. for less than what you hoped for you are doing low margin business. But you are in fact generating revenue. Some is better than none. Maybe that is the best analogy.

Yeah, I'm not buying it.

What I don't like about low-margin business is that I see fixed costs as more than likely to rise - almost always. And I see that competition will also more than likely rise - for just about every product. Taxes will rise. Etc.

I'm not saying that all low margin businesses are stupid or destined to fail.

I'm just Marginalizing them a bit - in the same affectionate manner that I have Marginalized my parents, my MIL, Ken Lewis, and Barney Frank!

I would agree-a business founded upon low margins is probably a bad idea. Although Wal-Mart would beg to differ. Low margin business should be an add on-not the core.