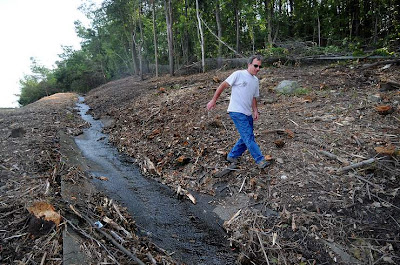 That above pic is captioned:

Ken Gooch, Massachusetts Program Director for the Asian longhorned beetle program, walks Monday through an area in Worcester along I-190 which has been cleared of beetle-infested trees.

So, after government agents rashly cut down 22,000 trees in New England's 2nd biggest city,....it comes out that apparently there is a pesticide that tree-owners can buy over-the-counter and protect their trees against both the Asian longhorned beetle AND the tree-felling Feds!

WORCESTER — Contrary to earlier advice from the U.S. Department of Agriculture, residents in the Asian longhorned beetle infestation and quarantine area can obtain over-the-counter chemicals to protect potential host trees from becoming infested by the tree-killing bugs.

A letter from Christine K. Markham, director of the USDA's national Asian Longhorned Beetle Eradication program, states that earlier advisories that the USDA issued to residents indicating that no such protective treatment is available were inaccurate.

In the letter in which she retracted that earlier advice....

There's so much going on in this story I haven't time enough to fully comment.

We have a Big Government, which is moving full-steam ahead in co-opting more and more power to regulate the *environment*.

We have, with this revelation of an extant pesticide, an abundantly clear demonstration of rank Federal incompetence.

We have petrified homeowners about to pump tons of pesticides into their trees....just so they MIGHT be spared from the Federal extermination. How long before someone cries about the *environmental impact* of said chemicals!

And we have an irony of ire in Central Massachusetts. These clowns here have ceded everything in their lives to *government*. Now they are all grumbling left and right about the Feds ravishing their neighborhoods. And they just accept their subjugation like hopeless serfs, totally clueless to the fact they are simply getting the government they have voted for.

Here's a maple *marked for removal*: 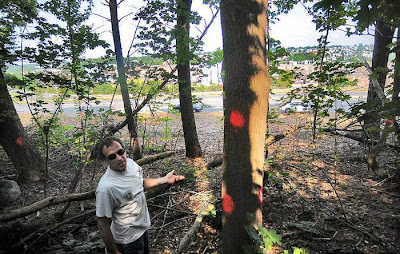 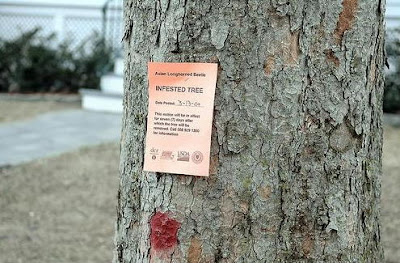 Now I'm the last one to elevate trees, animals, or anything *natural* to the status of precious humanity....

BUT, this entire process, this tyranny of bureaucracy, of national agencies and their ill-conceived, ineffective diktats....

In some ways it hearkens back to another dark moment in our shared history.

Remember when these kids were systematically *marked* in Germany some 70 years ago? 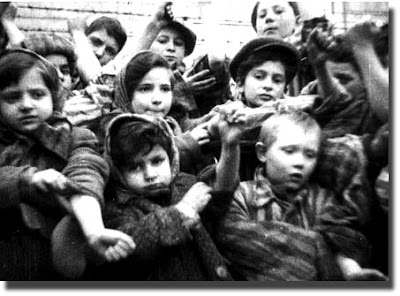 Big Government can't handle an insect in Massachusetts and yet Morons all over the country think nothing of empowering it with hundreds of billions in new *green mandates*!

Who could be against a windmill, right?

Well, who could be against *teaching children to read and write*?

Go take a gander at the disturbingly illiterate *comments* on YouTube and do your own assessment of how a well-intentioned Big Education has turned out.

You know how in many states (I think) one can't sell their house without a *septic inspection*?

Well I've heard that the *greenies* are already licking their chops to expand this un-Constitutional financial meddling. I've heard that they are trying to impose other *environmental* standards on owners of private property before they can effect a sale - energy efficient windows and whatnot. This will cost tax-paying Americans nothing, right? And the statist intermediation will end here, right?

Me, I'm against every single *harmless* windmill - and may even be impelled to vandalism!

Hey, if those eco-pagan terrorists can fire-bomb McMansions in Seattle....

Us *brownies* should be out there in force, battling mind pollution for the sake of future generations....and Father Nature!
Posted by CaptiousNut at 11:21 PM

My brother is on local planning board in his town. He is constantly battling the likes of others on the board including a lawyer for the state, a state representative, a 28yr old state engineer who owns no land, and several spectators who show up every meeting but have always been trounced in the elections.

An older couple came to the board to subdivide a 40 acre plot accessible by a private road for their family. One member of the board stated that he could not approve the subdivision because he could not live with himself if an emergency occurred and the ambulance could not reach the property. He wanted them to spend hundreds of thousands of dollars to expand the road (cutting down trees and impacting some wet lands). So its alright to destroy the environment when its in the interest of big brother or its politically connected friends. Things are brewing up here in NH.

Check out what Article 10 of the NH constitution says.

This country is getting angrier by the day at the constant deterioration of private property rights...

Private property rights on the East Coast? They don't exist.

As for New Hampshire, I've been there and it isn't a damn bit different from any other New England state. The whole "Live Free or Die" motto is downright laughable. Might as well live in Boston for all the "freedom" that you have.

C-nut, change "extent" to "extant" and you have it.

Man, that's the second spelling mistake I've been called out on in two days!

Thanks. I really do appreciate the help. Can't have mistakes like that laying around as they're injurious to my *cred*.