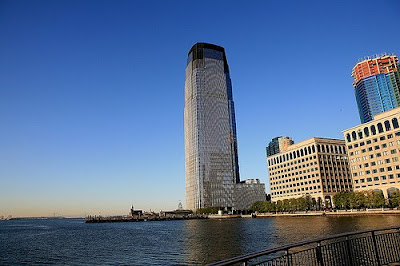 With all that's transpired in the past year:

Everyone is piling on Goldman Sachs at the moment - and most deservedly so.

The article du jour that's spreading like wildfire over the internet is Rolling Stone's article subtitled - "How Goldman Sachs has engineered every major market manipulation since the Great Depression."

While I may long to have the stature of those other bloggers....on second thought, when it comes to the omnipotent Goldman thugs, I think I'll cower in fear of retribution.

But I do have one anecdote from this past weekend.

At a social gathering of just 5 couples, I met a guy who worked for Goldman.

He was on the equity side so I asked him what he thought the market was going to do.

GoldmanDude - Flat on the year....it'll sell off a bit in the summer and then rally back.

Then I joked that I was more of a "permabear". He instantly snapped back:

Say what? Did this guy just call me a Moron to my face?

To cap it off, he scoffed at me in his foreign accent, while turning his head away.

Now I just met him but 30 minutes ago. This was a laid-back, holiday cookout. I was speaking sardonically. But, even if I wasn't, who the eff is he to make such a crack?

The guy was about 135 pounds for crying out loud. How about I jump up, break him in half, and throw his poorly-marbled frame on the grill!

That was what I was thinking for a split-second anyway.

Instead, I calmly retorted in my same jesting tone, "Well, it worked last year."

[Future readers note that 2008 saw stock markets worldwide plunge 40-50%. So it was hardly the time to be mocking *perma-bears*!]

But I was livid on the inside for a multitude of reasons.

Here's a guy who traffics in other-people's-money, who doesn't risk a penny of his own taking a know-it-all, haughty posture. Unlike him, my money and mouth are always in the same place. Furthermore, he works for the most depraved, criminal organization on this over-heated planet - Goldman Sachs. And he's in a position to condescend on me?

I don't think so.

Now normally, any other person acting this way wouldn't bother me. But this guy was just teeming with arrogance. Over three hours and much conversation Mssr. Goldman didn't ask me one single question about myself. This neighbor of mine wasn't interested in where I was from, what I did for work, how old my kids were, or any other informational tidbit that's normally exchanged at very small dinner parties.

We'll surely cross paths again. And next time, the S&P will hardly be 900 and neither my diction nor my tone will be hamstrung by my wife.

You see, these are her friends - a couple of whom I've already severely offended in the past. On the way over to these coed affairs, I have to really coach myself up to be extremely polite and avoid, well, just about every interesting subject: politics, religion, education, weather,....in their midst.

I do my best to just sit there, tongue bleeding from bite marks, whilst they discuss *how cheap homes are*, *how the market will bounce back any day now*, and *the benefits of windmills*.

It is great that I have this outlet here; before I started Marginalizing Morons, I simply could not keep my mouth shut.

You let him off easy. If he was at the shin dig I was at this weekend, he would have found himself in the swine cooker until his internal temperature reached 150 degrees. This company deserves to be firebombed and all the employees including former dragged out of their safe social circles and introduced to the tar and feathers they deserve.
Kfell

Heck, does it even come in bottles?

BTW, I highly recommend yoga. It helps me *gather all the joy* I can....

Perhaps on second thought I should have keyed the dude's car on the way out. Next time!

I am sure there were a few Busch cans representing...I already left but a friend of mine called me to inform me that later that night, two semis showed up. I guess the owners prefer sleeping in their cabs instead of bring tents to camp out. You gotta love 4th of July cookouts in NH!
Kfell

I have "friends" from my Ivy School who are Goldman alumns. Here's another nauseating anecdote for ya - one of my buddies from school married his girlfriend from our school. after school, they both worked at Goldman Sachs. At the homily part of the wedding, I thought I noticed that the priest seemed to make mention of GS quite a bit, and with a certain exaggerated "flair" - "GOOOOLDMAN.... SACHSSSSS" At the reception, one of our buddies claimed to count the number of times GS was mentioned - something like 27! Even the priest was caught up in it!

And this wedding was a marriage of two extremely wealthy families. The wife's family was the "new money" however. And even though one of the minor/ancillary "holdings" of the family is ownership of a Major League Baseball team, they were considred new money and the attitude of the groom's side was that they were slumming. Even though the wedding was well over $500k (so really georgeous, and we all thought tastefully done at that), the report from the internal groom's side of the equation was that it was all for show and tacky.


Anyway, my point for bringing this up is to tell you how I deal with it, because I am constantly confronted with the arrogance. I gotta hop now though. Gotta take the in laws to the airport. Saweet! But I will follow up with my method for dealing with the arrogance...... stay tuned.

You're a man of unimaginable reservation and impossible restraint. Your self-discipline knows no bounds.

Honestly. I would not have been able to handle that.

God, I'm lucky I have no social life... I'd flip my wig at parties like that, with scum like that.

Was the party at HIS house? You might've said, "I hope you all enjoyed the party... after all, we paid for it. Isn't that right, Mr. Bailout?"

To which he'd respond ala Curb Your Enthusiasm, "No no! I paid for this party with OTHER money, not the bailout money!"

Party was not at his house.

Guy call you something you're so clearly not - the thing to do is laugh it off. Anger lends the accusation credence.

I was ready to pounce. But Goldie didn't say one word for the rest of the evening. He went out *on a high note*!

Guy call you something you're so clearly not - the thing to do is laugh it off. Anger lends the accusation credence.

Guess what was the one "social fluidity" strong point I struggled with from about elementary school onward!