Doing Their Best To Destroy This Country 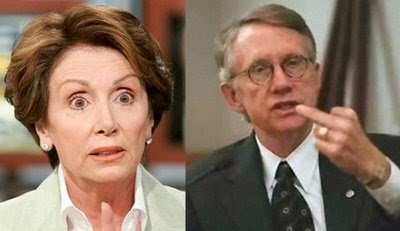 House Dems Looking At Taxing The Rich For Healthcare

WASHINGTON—House Democrats working on President Barack Obama's goal of health legislation are narrowing in on an income tax surcharge on the highest-paid wage earners to help subsidize insurance for the 50 million people who lack it.

As discussed in the tax-writing House Ways and Means Committee, the surtax would apply to individuals with adjusted gross income of more than $200,000 and couples over $250,000, according to officials involved in the discussion. Most spoke on condition of anonymity because the talks were private.

Rep. Shelley Berkley, D-Nev., a member of the panel, said the panel is looking at a surtax of around 3.5 percent on income above those amounts. Other members suggested it would be closer to 3 percent.

Pelosi made clear Thursday that whatever the Senate comes up with, the House bill will have a public plan and will not tax benefits.

"We will not be taxing benefits, health care benefits in any legislation that comes from the House," Pelosi said.

Hah! So they won't be taxing *benefits*, they'll just be taxing what pays for benefits, i.e. INCOME!

First of all, 3.5% is a staggering number. It may seem like a small percent, but if someone or some couple makes $300,000 annually, figure they're going to have an additional ten grand confiscated EVERY YEAR.

Now, bear in mind, that this will be happening at a time of rapidly increasing job insecurity, a time when *bonuses* are devastated everywhere (except at Goldman Sachs), a time when sales and energy taxes are getting jacked up, commuting taxes are rising, as are property taxes, and stock portfolios are on the brink. It's a heck of a time to be kicking working Americans, huh?

Note that individuals have to earn $200,000 before being hit with this tax. So, if you are say a doctor earning 150k and so is your sweetheart....why the bleep would you even (officially) get married?

Just have a party, move in together, play house, and save that extra 10k annually....since you're going to need it to pay for everything else! 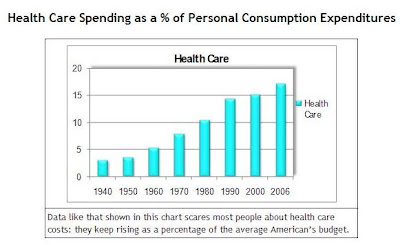 Over the last several months I realized that simply earning *fiat currency* is neither an effective nor a sufficient plan for wealth building because paper money is far too easily confiscated and debased - especially on the down-slope of an economic cycle in a latently communist country.

It follows that when erasing $900 from their monthly budgets....that these folk will only be able to afford homes $100,000-$150,000 cheaper. In other words, this tax ALONE will deliver another whack to the upper-middle part of the housing market - in tony Blue towns anyway.
Posted by CaptiousNut at 5:03 PM

Okay, so did you see FAZ got reverse-splitted 1:10? What do you think about THAT?

And if earning fiat currency isn't enough... what is? What are our other options? You got a get-rich-quick scheme you've been holding out on us?

Shoot I thought it skyrocketed. Treated myself to a fancy lunch on that mis-diagnosis!

I think nothing of it. It's purely a mathematical event.

One has to PRODUCE something of real economic VALUE. This way, no matter how a currency resets, the product will retain its usefulness. It is a currency in and of itself.

Otherwise, hoard metals, swap paper for art and collectibles, and figure out a cash business that'll allow for some mattress stuffing.

Unfortunately, I believe that the metal that may prove most valuable will be lead. Healthcare reform is just a blatant subsidy for the insurance industry, much like the 401(k) is for Wall Street.

Not so easy to hoard.

Jim Rogers has liked lead for a while now.

Or do you mean lead as in *bullets*?

Very interesting post today. Hmm, maybe I can make brass currency and distribute it. I have the metal. I have presses. It is not illegal. Orion's brass bank. Then when I get real big I can start using brass plated steel and sell it for the same. Thereby removing myself from restrictions of my own brass standard. I could be my own reserve bank.

Brass and copper might be a better metal play. China just bought a huge amount of copper-enough to move the market significantly upward when it was announced (You can Google it to find what they did if you want). They are hoarding. Copper usage is a good gauge of industrial activity and is a needed metal with a finite though large supply. It is widely needed for construction, electronics, autos, etc.

Copper, however, is easily recyclable - and in many apps, replaceable by synthetics.

China's geniuses also loaded up on US Treasuries....how's that going to turn out?

I agree though. If I were them today I'd be stockpiling commodities hand over fist.

China also won the first bid to drill for oil in Iraq. Funny. We fight a war to get it and China gets the oil. I mean the least we could have gotten from that debacle was the oil, right?

As you know, 250K per year in many areas of the country is not "rich". It is not poor, by any means, but it is not rich. Sure, it is rich if you live in Nebraska or Alabama, but in the northeast corridor or California, it is far from "rich".

I will be most pleased to be dead wrong on the math!

I seriously got depressed thinking about how much that would cost me yesterday.

Once it's started, though, you can bank on the percentage forever increasing, right?

Maybe its time to go completely underground and get yourself some cows, pigs, and chickens. Plant yourself a garden. Start a completely cash business. Like recycling Busch cans or selling manure. Get some calluses on those milky soft white hands C-Nut and report nothing to the feds...eventually the system will buckle from its own weight and you and your family will be one step ahead of everyone else...

In case your site is monitored, I will leave it to your imagination who wrote this post...

Spend $60, plenty of energy, and yet only havested 2 tomatoes.

Going to stick with *outsourcing* my grub.

I'm not an expert farmer but my guess is "you're doing it wrong."

Agree with anon and considering doing the same myself, at least as a side-project in learning how to be a rugged individualist in my spare time.

Ayn Rand predicted all of this, and the solution...