A Bit Of John Taylor Gatto 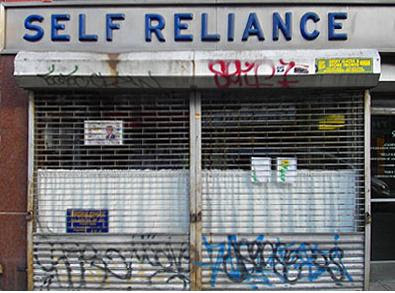 From pages 44-45 of Weapons of Mass Instruction:

....Far from PRODUCTION as an ideal, it was CONSUMPTION that had to be encouraged. School had to train in consumption habits: listening to others, moving on a bell or a horn signal without questioning, becoming impressionable - more accurately, gullible - in order to do well on tests. Kids who insisted on producing their own lives had to be humiliated publicly as a warning to others.

Producing yourself is the ultimate form of production. For many years America's promise to the rest of the world's peoples was that if they could only manage to get here, no feudal order would thwart that dream. But after the Civil War, the argument between entrepreneurial values - which inevitably celebrate open-source learning - and industrial values - by their nature feudal - was over.

When the smoke cleared fifty years later, the imitation sciences of pedagogy and psychology had been imported from northern Germany, pressed into service through the school institution to create a proletariat: family-less, landless people with only weak ties to religion, tradition, culture. Even the middle management and professional strata are best seen as proletariat, too - a professionalized proletariat - only lightly rooted in relationships to people, places, or principles.

To enlist public opinion behind this utopian transformation, a pathological state of youth, heretofore unrecognized by history, was designed by G. Stanley Hall of Johns Hopkins University. He called it ADOLESCENCE and debuted the condition in a huge two-volume study of that name, published in 1904. Trained in Prussia as behavioral psychologist Wilhelm Wundt's first assistant, Hall (immediately influential in school circles at the beginning of the 20th century) identified adolescence as a dangerously irrational state of human growth requiring psychological controls inculcated through schooling.

To see much of what I've written on John Taylor Gatto, click here.
Posted by CaptiousNut at 6:27 PM