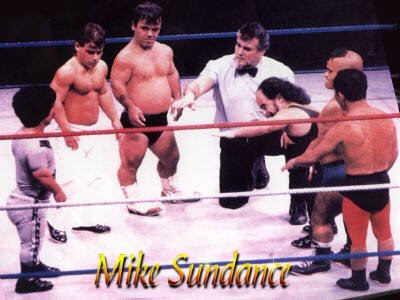 First, visit - Itching For A Fight.

After screaming far and wide that he'd put $100,000 of his money against anyone in a narrowly-defined, subjective debate Barry Ritholtz has gone silent on the issue of Big Government's role in the *housing mess* - via subprime lending mandates and whatnot.

First, I jabbed him in the comments of his own blog.

And then afterwards I swung again on Steve Sailor's blog. Steve whacked him good as well and enjoyed the bonus of a direct response from Barry. Click here for the entire post with comments. Below I'm just going to copy Barry's feckless response to Steve, along with my *helpful* rejoinder:

I think we are approaching this from two entirely different universes.

I am looking for cause and effect; I want to see data that supports or detracts from the proposition at hand. PROVE TO ME that X caused Y (including actual statistics).

Your proposal of Diversity causing the housing crash reads to me as a soft philosophical argument that is by definition unprovable -- and undisprovable.

At the very least, I see no proof in your writings. They are cogent arguments that leap from A to B to C -- but they lack the rigorous statistical evidence to demonstrate something convincingly to people who insist on hard data.

In my belief system, I use as few assumptions as possible. I try to avoid things that are unquantifiable. Statistical back testing is just on[sic] way to do that.

But even softer analyses such as war-gaming and alternative scenarios have to have some reasonable basis for proceeding. It cant be all assumptions, beliefs guesses
and hunches.

My trenchant, and still unanswered, reply:

Barry Ritholtz deprecates counterarguments as *soft* and *philosophical*. He wants comers to statistically:

But what precisely are X and Y? And how exactly could one PROVE causation?

Here’s his own wording:

"Is the CRA significantly to blame for the credit crisis?

CRA = narrow, but treatable in debate.

So Barry has the gall(or gap?) to stand before us and demand *actual statistics* to address his own fuzzier-than-a-Sicilian-backside question!!!

(BTW, what exactly is the statistical, scientific basis of the term *wingnuttery* in your analyses? Mentally trapped in *binary*, huh? It must be a real intellectually superior universe that you hail from.)

It’s bad enough that you frame a subjective question and then rule out *cogent*, subjective responses...

But what kills me is you stickling for *causation* when you are a freakin’ quantitative trader. You so-called quants traffic in CORRELATIONS all day long and bet gobs of, well, other people’s money thereupon. So not only is your universe an unfit perspective for this debate – it’s unclear whether or not you understand your own livelihood.

Now, if Barry Ritholtz insists that the massive subsidization of our nation’s least creditworthy homebuyers had an insignificant effect on the overall housing market...

Then I guess Barry believes the subsidization of underperformers (via quotas and race-based financial aid) hasn’t significantly affected national academic standards or costs.

And I guess he believes that the subsidization of our most unhealthy (i.e. the aged via Medicare) hasn’t significantly affected healthcare in this country in terms of cost, efficiency, research direction, etc,...either.

Alright I was just kidding. I know he probably doesn’t have well-developed positions on those subjects - nor should he.

He really ought to limit himself to his wheelhouse – stockpicking; which he seems quite good at. Listening to him on wider socio-economic issues is like bearing a 22 year old Hollywood starlet on geopolitics.

The empirical fact is that the CORRELATION between Big Government and severe economic distortion remains the same as it's been throughout history - 100%. 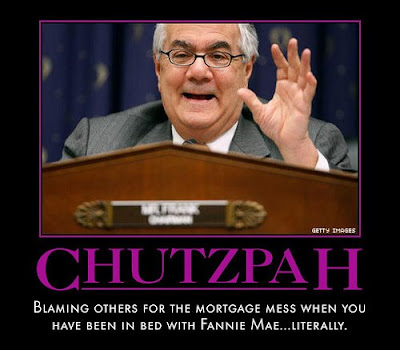 It's just too bad that the prospects for real dialogue on this were, like most things Ritholtz,....all bluster.

I would have really liked to see someone like the sharp-tongued Don Luskin, neither a friend of mine nor Barry's, step up for a slugfest.

Alas, Luskin has been a housing bull the whole way down. This subject has proven beyond his ken.

"What about Mr. Mortgage?", I thought. And I even emailed him to ask but was *underwhelmed* to say the least. He replied:

Ritholtz is right -- the investment banks made this...then the commercials followed the IBs because their earnings were suffering. The cra was a small part.

I respectfully pointed out to Mr. M. that:

PS - by the way, barry doesn't heap blame upon the investment banks as you say. he has them ranked 13-17 as culprits. you might want to revisit what he wrote because it's clear to me that he doesn't see the connections between the low end, middle end, and high end of the housing markets.

and i forgot that you at one time were contributing to his blog....

Anyway, enough on this subject for the moment.

But I do want y'all to check out a very well-written and informative piece on *political lending* by Zombietime - that photo-journalist from California.

Seriously, take the minute to click on it. What's chilling beyond the blog post's substance is how easily a non-financial layman can grasp the reality on housing better than pros in the business and on Wall Street.
Posted by CaptiousNut at 11:58 AM